LanciaLancia DeltaLancia Delta Futurista
And with that, Automobili Amos will move forward to make the more hardcore Delta Safarista.

When Automobili Amos revealed its Lancia Delta restoration and modification project called the Futurista, rally racing and Lancia fans probably reveled in the rebirth of the legendary nameplate. Well, at least until the company announced that only 20 units will be made.

After four years, the last of the 20 Lancia Delta Futurista has been revealed and it comes with an equally iconic livery: Martini Racing. Donning a white body with distinct red and blue stripes, the three-door refurbished 1989 Delta Integrale comes with a "Martini Legacy" inscription on its rear spoiler.

Like all the rest of the Delta Futuristas, the bumper, hood, and entire fascia are made out of carbon fiber to keep the weight low. The trunk, rear spoiler, and bumper are also made from the same lightweight material, along with the engine cover. With these weight-saving measures employed the car only weighs 2,755 pounds (1,250 kilograms). The power output is 330 horsepower (243 kilowatts), sent to all four wheels just like the original model.

Inside, the Delta Futurista comes with red Alcantara seats, plus other parts of the interior are also made out of Alcantara. Then there are the aluminum pedals and bespoke door panels.

The release of the final Lancia Delta Futurista now paves the way for Automobili Amos to move on to its next project called Lancia Delta Safarista – a more hardcore take on the Futurista and inspired by the Delta that won the 1988 Rally Safari but with a simpler two-tone body color theme. It's still based on a Lancia Delta HF Integrale 16 V donor car.

Only 10 examples of the Safarista will ever be made, announced before to have an eye-watering price of €570,000 or around $561,000 with the current exchange rates. 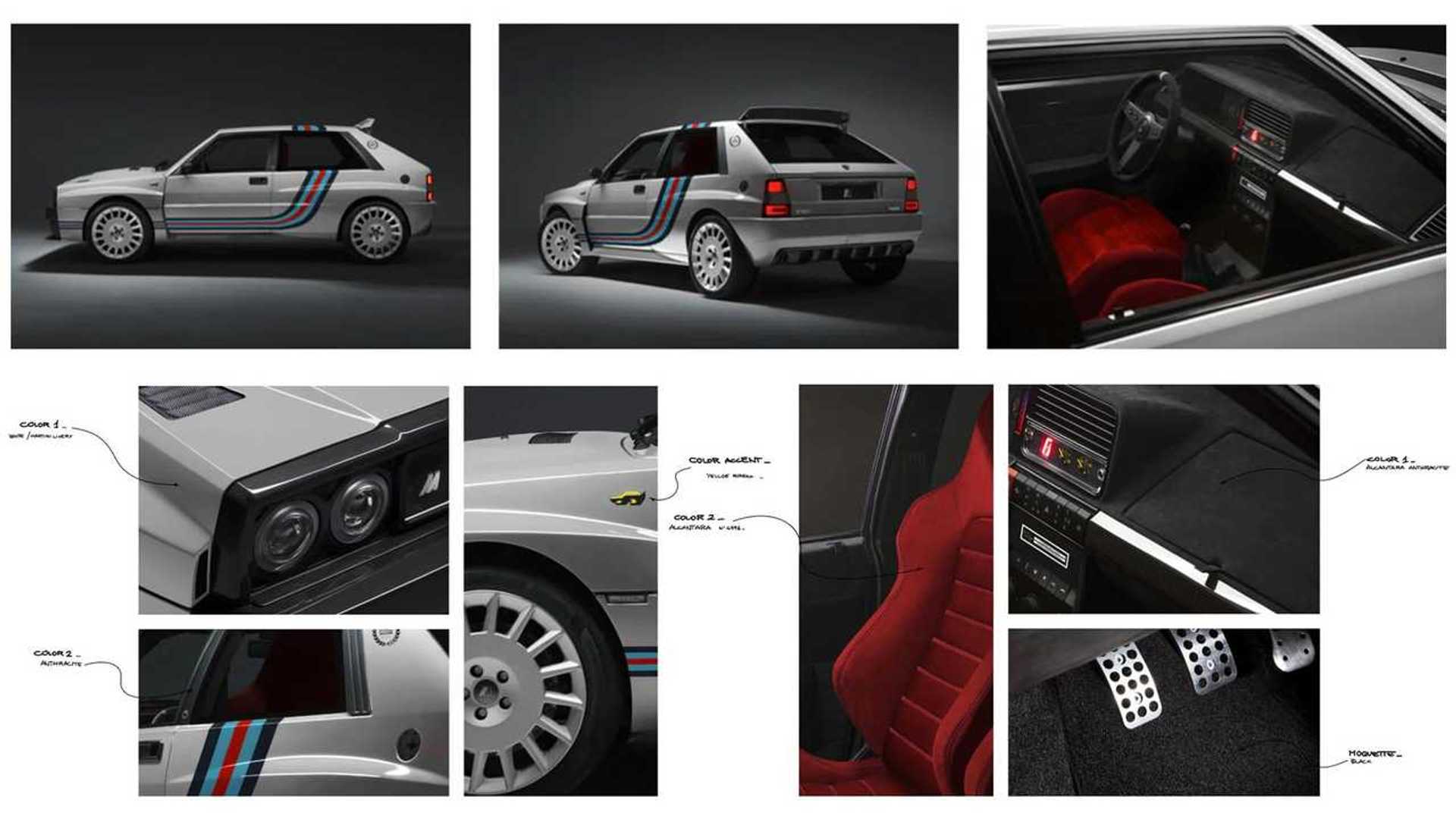