LanciaLancia DeltaRallycross
It looks like the classic rally car but has modern, electric power.

The Lancia Delta Integrale is returning to rallying, or at least a vehicle that looks just like it. This time, the turbocharged engine is gone because the new machine uses electric power. GCK Motorsport will campaign the machine in the World Rallycross Championship’s inaugural EV season.

This machine is not actually based on a Delta Integrale. Instead, GCK is using its Exclusiv-e chassis. The company calls the resulting machine the Lancia Delta Evo-e. The team isn't yet saying who is driving the vehicle in the World Rallycross Championship.

"The race format lends itself perfectly to delivering one of the most thrilling sporting spectacles with electric cars so far, and we chose the Lancia Delta Integrale because it is a vehicle that made us all dream," GCK boss Guerlain Chicherit said.

All of the World Rallycross Championship electric racers will use a powertrain from the Austrian company Kreisel. The all-wheel-drive, two-motor setup will make a total of 671 horsepower (500 kilowatts) and 649 pound-feet (880 Newton-meters). Acceleration to 62 miles per hour (100 kilometers per hour) is allegedly as quick as 1.8 seconds.

There will be 14 cars competing in the 2022 World Rallycross Championship. While all of them will have the same powertrain, the teams will be able to use different bodywork and liveries.

The FIA, teams, and event organizers are looking at tweaking the race format to promote closer competition on the track and more passing opportunities.

Using the Delta Integrale body means that GCK has a legacy to live up to. From 1988 to 1992, the Lancia team scored five manufacturers' titles and three drivers' trophies in the machine with this look in the World Rally Championship.

If you're in Europe and like the look of GCK's Delta Integrale, the company is making a limited run of road-going versions (video above). The all-wheel-drive, electric machine makes 197 hp (147 kW) and 258 lb-ft (350 Nm) of torque. A 30-kilowatt-hour battery provides 124 miles (200 kilometers) of range. 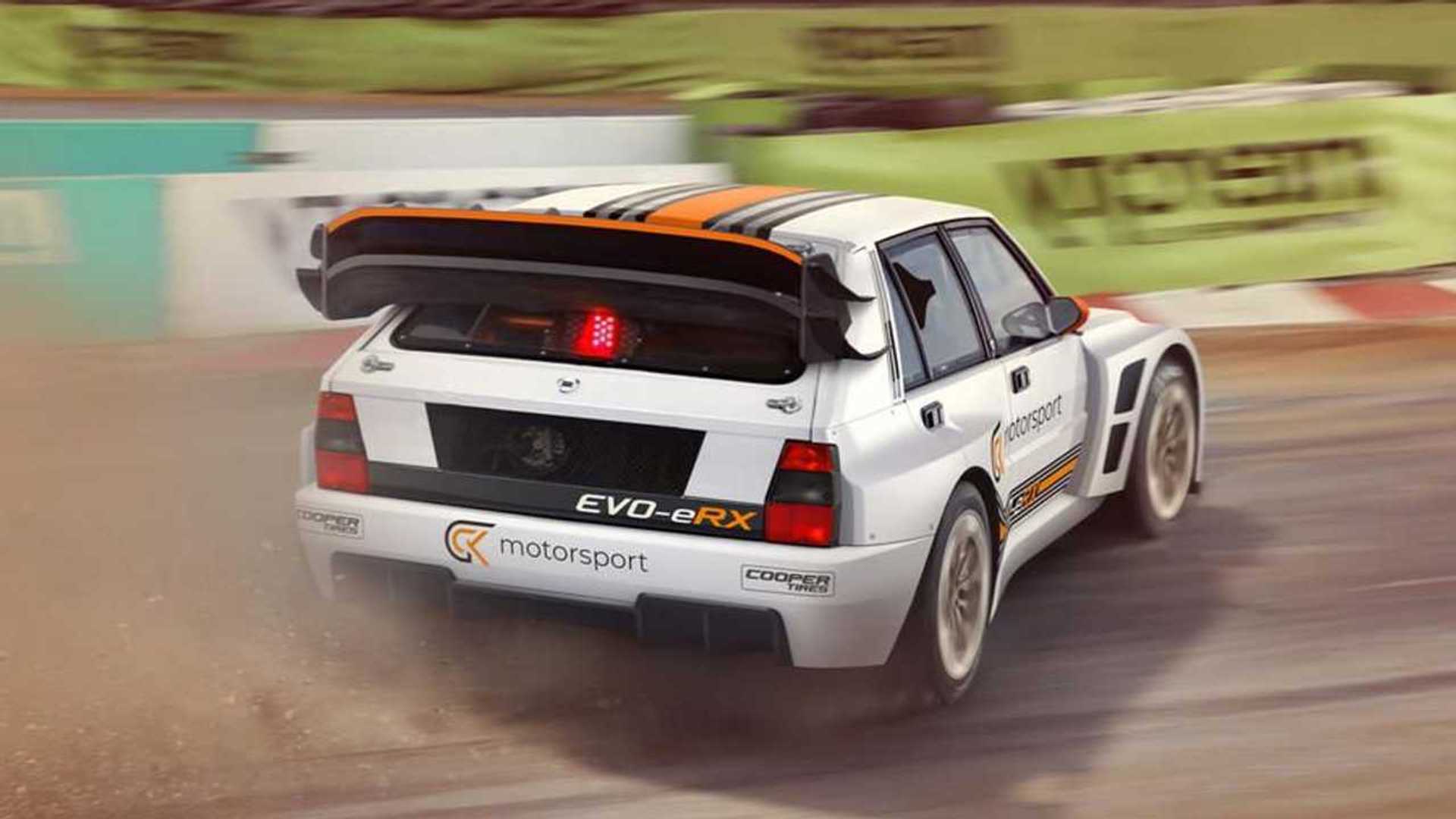 Related News
Lancia Delta Digitally Returns As An Suv, But Don’T Get Your Hopes Up11 June 2020
Final Lancia Delta Futurista Revealed With Martini Racing Livery27 October 2022
Lancia Is Outselling Alfa Romeo In The European Union So Far In 201927 July 2019
Lancia Pura Concept Previews Design Of Three Evs Due By 202829 November 2022