Sub-£20,000 conversion is based on third-generation Jimny and can carry a maximum payload of 500kg

A British start-up company has unveiled a utility-focused SUV based on the Mk3 Suzuki Jimny that could cost as little as £20,000.

The Yomper is built by Yorkshire's Yomper 4x4, an offshoot of Samson Engineering. It's available in two specifications: the tray-backed Bergen and the drop-side Commercial, with a choice of two wheelbase sizes of 225cm or 275cm. Its amended chassis has been engineered to carry a maximum payload of 500kg.

It's powered by the Jimny’s standard 1.3-litre 16-valve four-cylinder petrol engine, which Yomper 4x4 says is extensively overhauled and rebuilt in-house to emphasise the car's “ability as a workhorse, making it as close as possible to a brand new vehicle”.

“We’ve always worked in an environment where we apply advanced engineering principles to meet the specific demands of a job,” said Yomper 4x4 CEO Giles Walker.

“When I heard from a lot of people in my local community – many of whom are farmers - about the lack of a suitable small utility SUV on the market, I decided it would be a great opportunity to create one."

The conversion process involves the construction of a brand-new chassis and a bespoke alloy body. The process later developed the Bergen variant, inspired by the Subaru MV Brat pick-up truck.

Other conversion companies, such as Shropshire Quads, have designed and produced Jimny pick-ups, but Walker says the Yomper is the only conversion to feature a bespoke body and chassis built from the ground up.

“None have gone as far as to create a bespoke body and chassis like that of the Yomper, which is essentially a ground-up vehicle that uses the Suzuki running gear and front bodywork more as components to create a full vehicle than as a basis for conversion,” Walker said.

“Those are the key engineering differences, and the fact we can offer both body style variants shows the flexibility and bespoke nature of our design.

"The fact all our vehicles attain IVA [Individual Vehicle Approval for UK road use] is proof that our design and manufacturing approach is the correct one to take.” 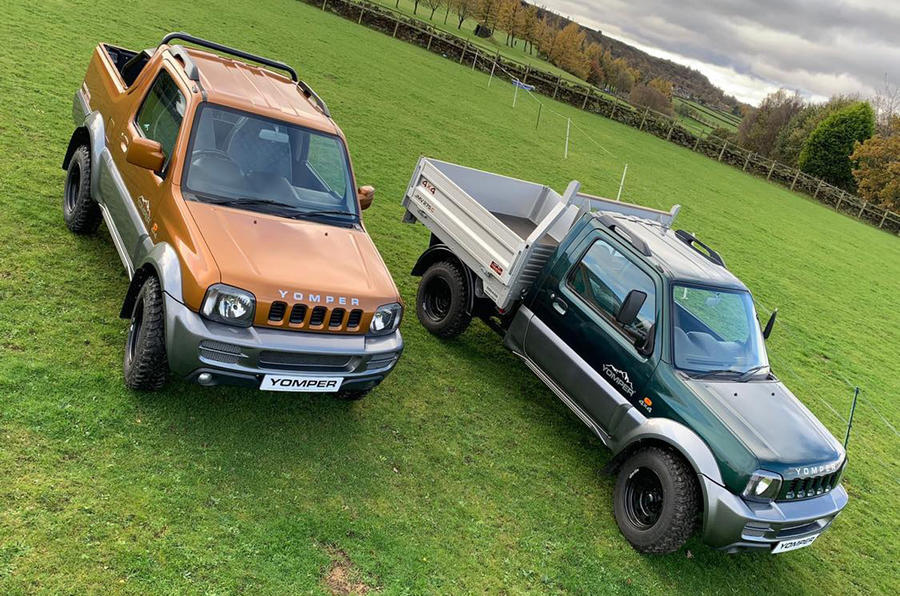