This 1927 Bugatti Type 37 Racing Car Is Estimated to Fetch $1.5 Million at Auction

It averaged 14 wins per week during its heyday, and it had also won the grueling Targa Florio road endurance race five times on the trot.

The straight-eight 35 served as inspiration for the inline-four 37, of which the French automaker produced 290 units. The naturally-aspirated variant rocks 60 horsepower from a 1.5-liter mill with three valves per cylinder. Ettore Bugatti’s company also supercharged the 37, resulting in the 37A.

Of the 290-unit production run, only 67 examples were finished in the 37A specification. Fitted with larger brake drums, the force-fed variant belts out between 80 and 90 ponies, which is pretty darn good for a 100-year-old racecar with a small-displacement lump. Needless to say, both the 37 and 37A are extremely collectible because of their prowess on the racetrack.

Chassis number 37212 is one such rarity, a 37 that was delivered new in October 1927 by a Parisian dealership together with engine number 117. The rolling chassis and powerplant were acquired by Jean De Dobbeleer in 1958, a gentleman who bought Bugattis from all over Europe to sell them globally.

During that era, De Dobbeleer’s dealership in Brussels was the place to acquire a Bugatti because the French automaker took a turn for the worse in 1939 with the death of Ettore Bugatti’s son. Ettore died in 1947, and the business shuttered in 1952. Some changes of ownership later, Bugatti was briefly revived by Italian businessman Romano Artioli with the EB110.

Turning our attention back to the 37, this 95-year-old racing car was bodied by De Dobbeleer with a Grand Prix body from Seyfried. Acquired by a Portuguese gentleman in 1959, the blue-painted racer remained in the care of Antonio A.N. Carvalho’s family for approximately 60 years. Antonio restored the car in 1960 when it was fitted with a fendered body and a 13-sourced Brescia gearbox. A correct 37-sourced transmission is offered by the current owner, who commissioned Mecum Auctions to sell this fellow.

Once displayed at the Museo do Caramulo in Portugal, chassis number 37212 had its 1,496-cc engine rebuilt only recently. Equipped with a one-piece crankshaft, a Zenith carburetor, Marchal headlamps, wire wheels covered by cycle fenders, and a side-mounted spare, the car before your eyes is estimated to hammer for anything between $1.2 and $1.5 million. 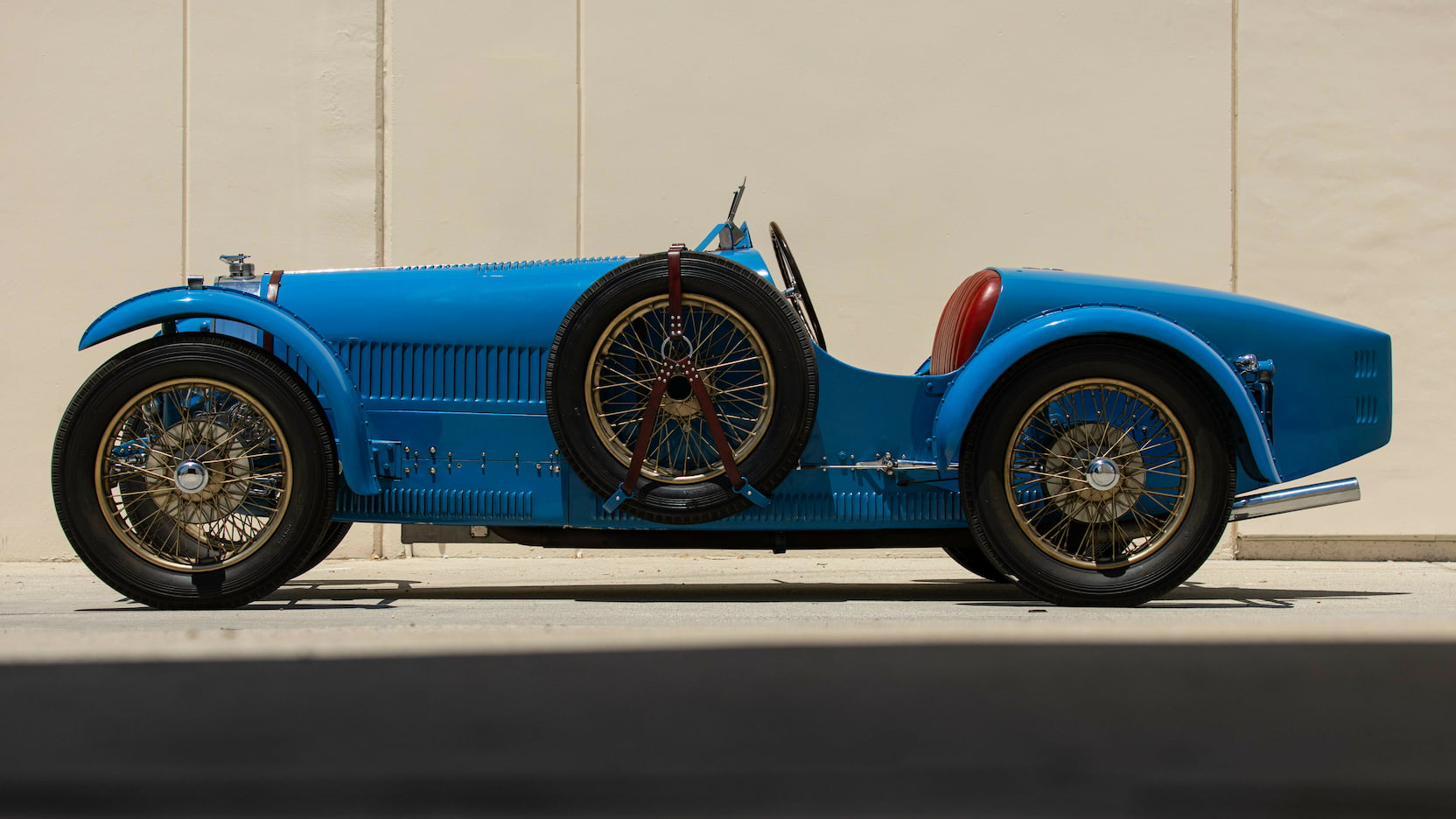 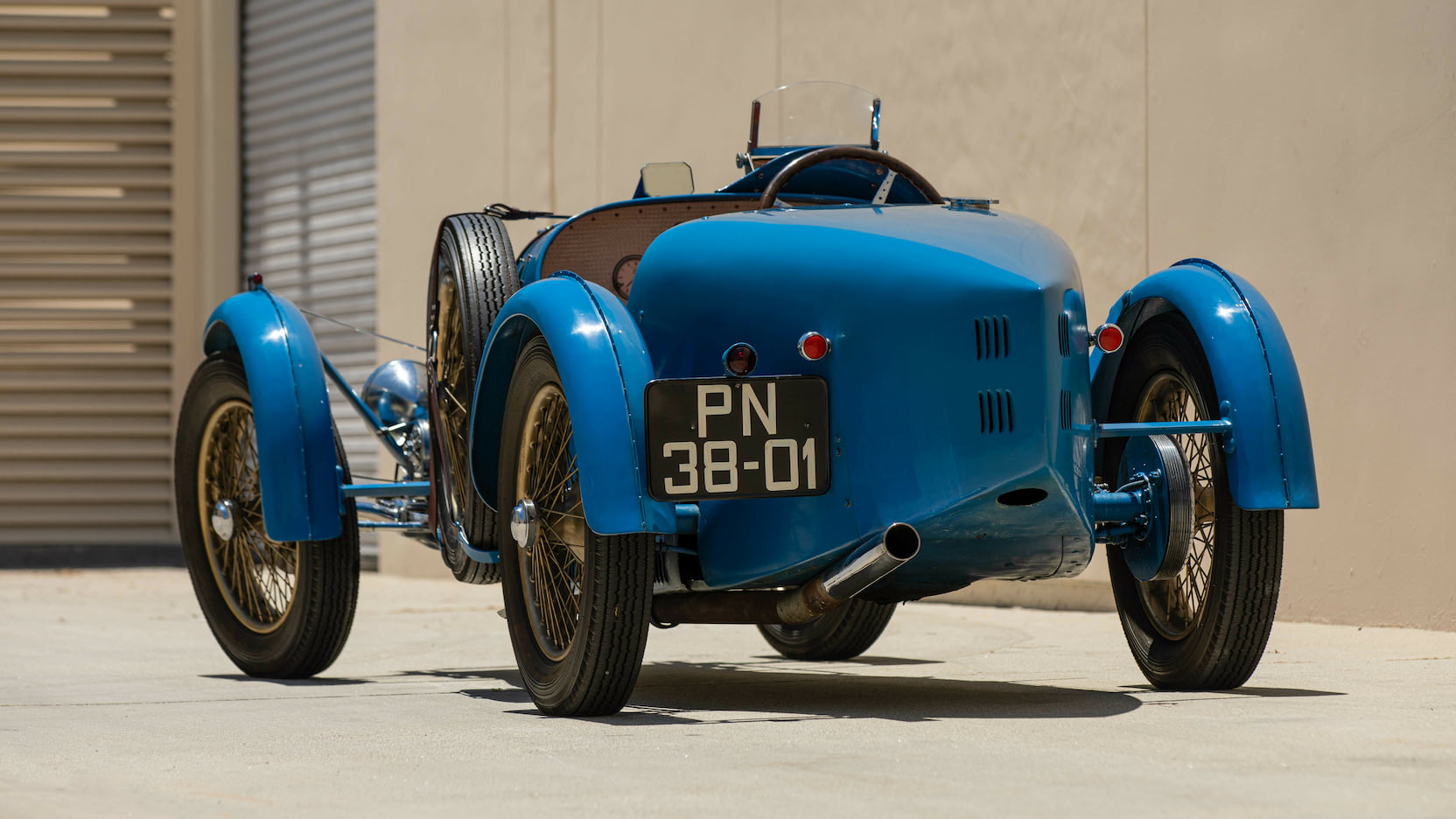 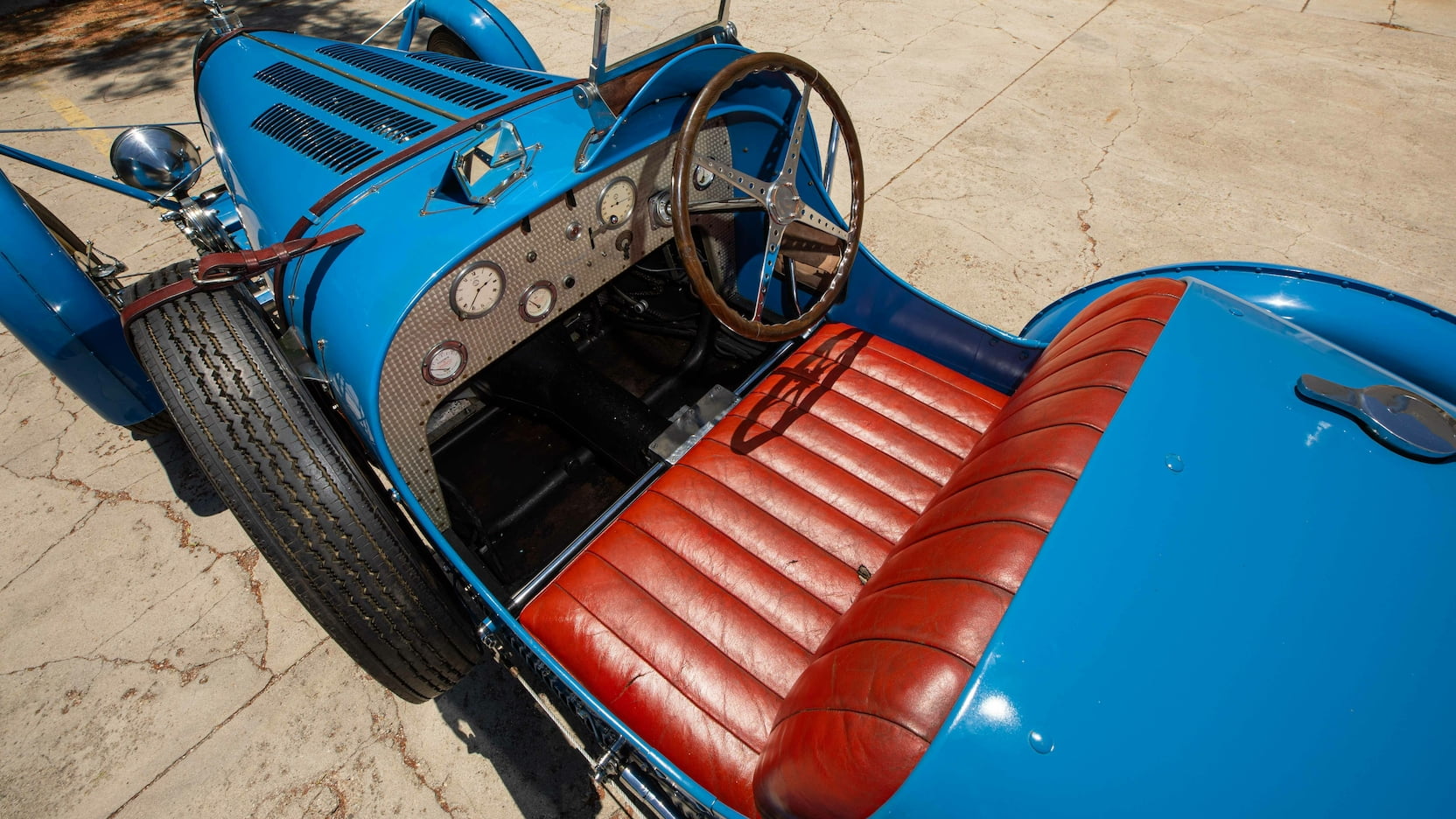