Custom built for Seether's Dale Stewart, this bespoke hot rod started life as a Ford Model A – but now packs a V8 HEMI engine and a steampunk design

Hod rods and rock and roll music goes together like bread and butter, both representing freedom of expression and a rebellious spirit. Many famed names have built hot rods in the past, including Jay Leno and Jaguar's head of design Ian Callum, but a hot rod of a real rock star is like organic food — it's fresh from the source.

Dale Stewart, bassist of the band Seether, will be auctioning off his modified 1930 Ford Model A with Barrett-Jackson in 2019.

This extreme hot rod might be familiar to you if you caught the Velocity Channel's show 'Speed is the New Black'. It was custom built by Classic Car Studio for Stewart when back from touring and uses a vintage Ford Model A as its base.

There's no hiding the large supercharged 331 cubic inch Chrysler HEMI V8 that's on full display at the car's nose, giving it a somewhat Mad Max inspired appearance. Brakes from a Lincoln and adjustable suspension means that it's better equipped to handle its newfound power.

A 'chopped roof' shelters a handmade bare-metal interior that is very steampunk in design. The whole car is full of bespoke details that make it an ever intriguing thing to stare at, brass aircraft rivets and a zebra wood roof to name but two items.

'This has to be one the baddest builds from our show with an exterior that features a distressed finish' said Noah Alexander, owner of Classic Car Studio.

Whomever acquires Stewart's chopped hot rod will also get a bonus gift from the Seether bassist.

'As if the rod wasn't already 'seething' with style, Dale is going to give the winning bidder a signed bass he's used to play at shows all over the world.'

The Ford Model A was originally produced between 1927 and 1931, designed as a replacement for the historic Model T. Unlike its predecessor, which was famously only available in black initially, the Model A offered four standard colours. Despite its humble beginnings, this vintage Ford is a popular starting point of those building hot rods.

If you're looking for a bespoke hotrod (and a guitar) with some celebrity ownership, don't miss this Model A at Barrett-Jackson's Scottsdale auction on January 18, 2019. 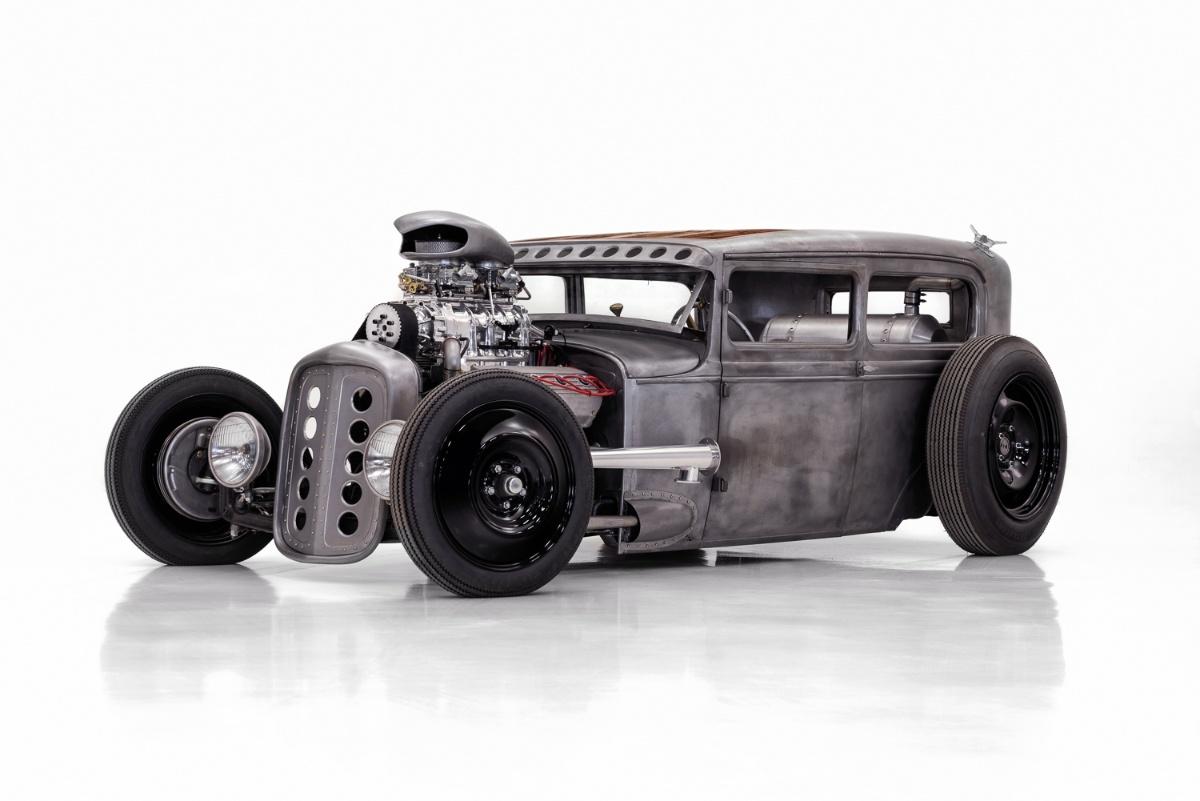 Icon 4x4 Creates The Old School Br, A Ford Bronco Made Better4 July 2018
First-Built 1931 Bugatti Type 55 Could Fetch $5 Million At Auction27 December 2017
Record Gathering Of Fiat Pandas In (Wait For It) Pandino, Italy3 July 2018
Driving Classic Mazdas To Experience The Weird And Wonderful Rotary's Triumph6 July 2018
You Won’T Believe How Much Someone Paid For This Scrapped Mini Cooper S6 November 2018