PorschePorsche 911
New Turbo S too powerful? Not that such a thing exists but here's the solution anyway.

The new Porsche 911 (992) Turbo S debuted in early March as the quickest and most powerful 911 Turbo ever. An updated version of the Stuttgart-based company's twin-turbo 3.8-liter flat-six engine generates 640 horsepower (447 kilowatts) and 590 pound-feet (800 Newton-meters) of torque - up from 580 hp (433 kW) and 553 lb-ft (750 Nm) of its predecessor. That's a significant increase and it turns out the automaker is also readying a huge upgrade for the non-S Turbo models, too.

These new spy shots depict a 911 Turbo Convertible with almost no camouflage and a red cloth top. The prototype is still keeping some minor details under wrap but we are able to see the "regular" 911 Turbo variants will get slightly less aggressive skirts at the back and upfront. Also worth noting is the fact that this test car doesn't have the center-lock wheels of the 911 Turbo S which probably indicates the less hardcore 911 Turbo will get standard five-lug wheels instead.

One of the photos shows the 911 Turbo Convertible next to two other Turbo prototypes - one coupe and one convertible, and judging by the wheels, these were full-fledged Turbo S models. As a friendly reminder, the flagship members of the 911 (992) family have a 0 to 60 miles per hour (0-97 kilometers per hour) acceleration in just 2.6 seconds for the coupe and 2.7 seconds for the open-top cabrio.

According to preliminary information, the non-S Turbo models will retain the 3.8-liter twin-turbo engine, which will be tuned to deliver around 600 hp (447 kW). Again, if this turns out to be true, the power boost will represent a major increase over the previous-gen model's 533 hp (397 kW) and 487 lb-ft (660 Nm) of twist.

Look for a debut of the 911 Turbo Coupe and 911 Turbo Convertible towards the year's end. 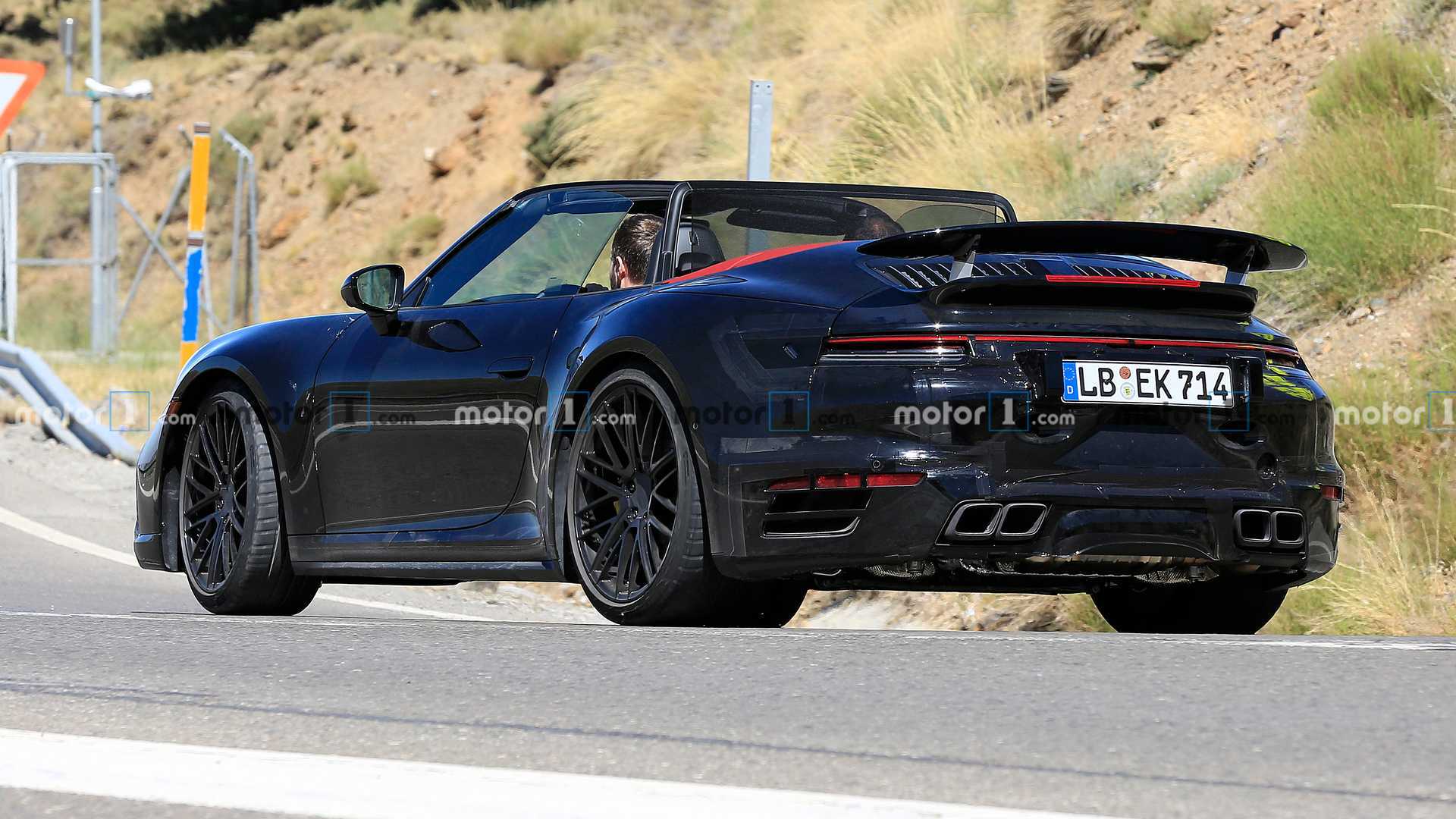 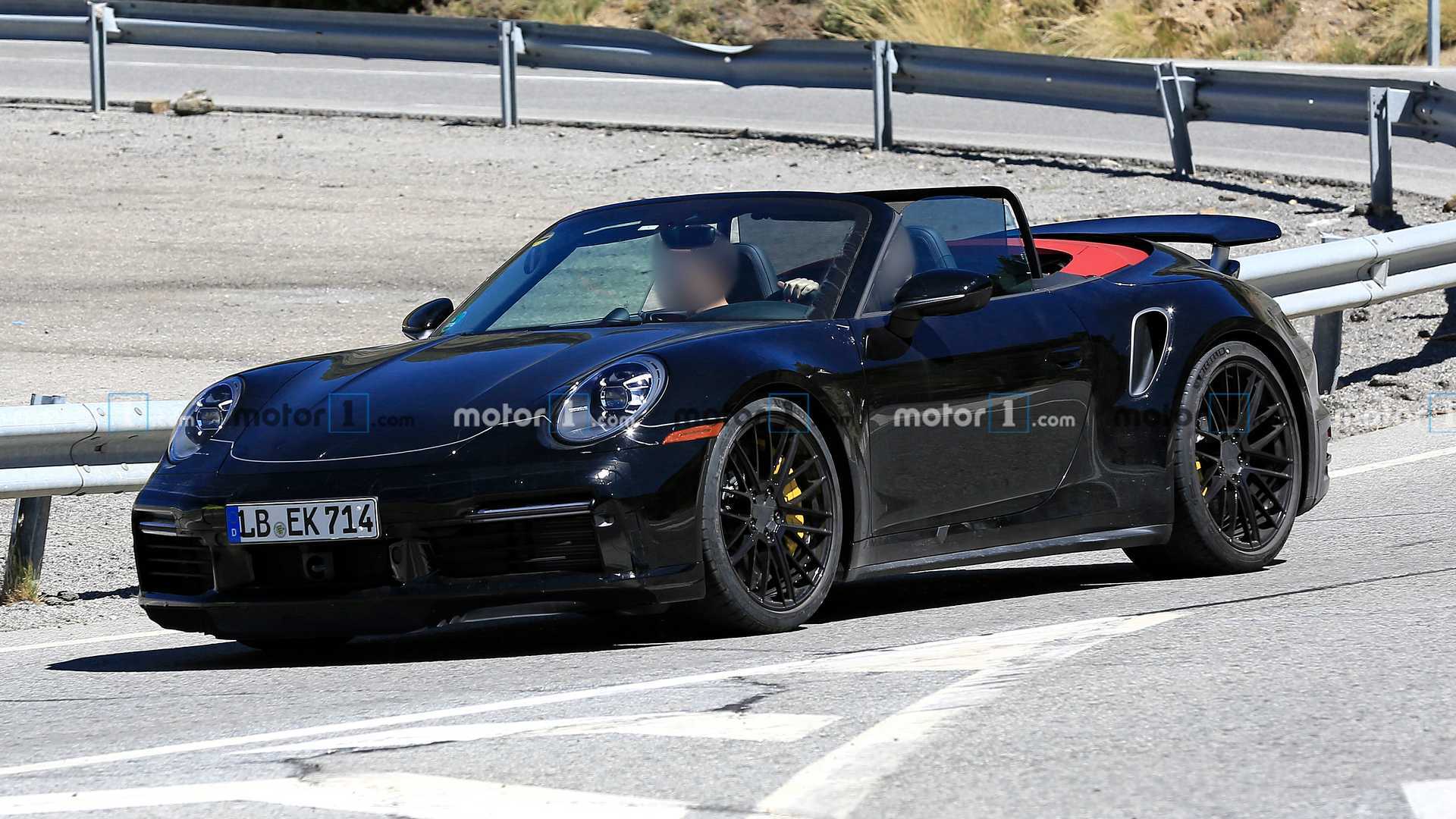