Maserati is preparing to launch a convertible version of its flagship MC20 sports car in the coming months.

The first completed prototype has starred in an official photoshoot ahead of on-road testing getting underway. The light camouflage and production-ready styling suggest it is nearly ready for reveal, now that the hardtop car is open to order.

The MC20 convertible wears a bold new-look livery in the style of clouds. "After all", Maserati said, "it is a convertible". It will be Maserati's first convertible since the GranCabrio bowed out in 2020, and the first mid-engined roadster since production of the MC12 supercar ended in 2005.

There are no shots of the rear, but the silhouette of this prototype suggests it will feature a folding hard top, rather than a fabric item – similar to its Ferrari F8 Spider rival.

Otherwise, it is expected to be technically and stylistically identical to the coupé. That means it will take its power from a 621bhp mid-mounted, twin-turbo V6 which revs to 7500rpm and will get it from 0-62mph in around 3.0 seconds. The convertible should nearly match the coupé's 203mph top speed.

As for pricing, expect the convertible to command a slight premium over the coupé, which costs £187,230.

Maserati has yet to confirm a reveal date for the convertible, but recently pushed back the launch of its new Grecale SUV as a result of the semiconductor crisis to spring. Expect the drop-top MC20 to follow close behind. 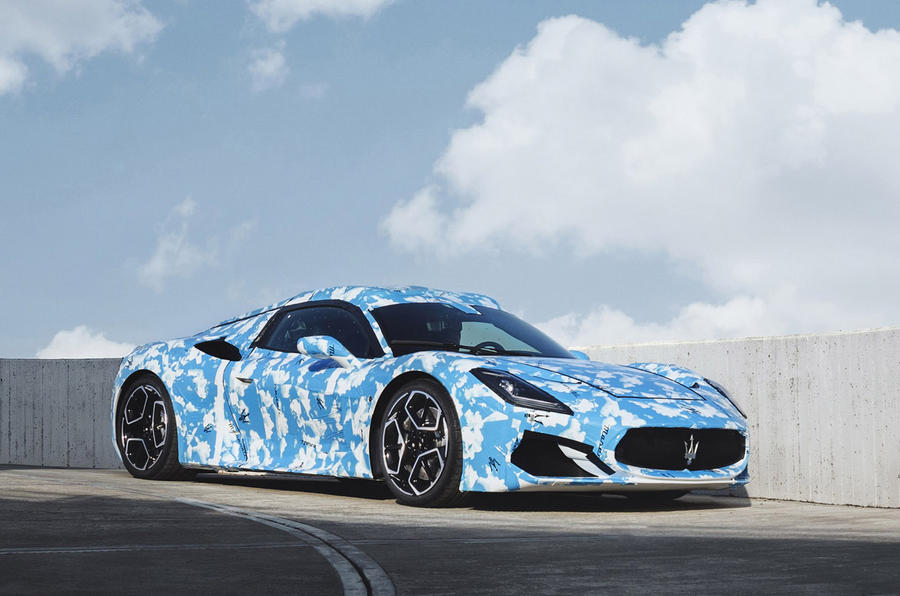