kiaKia Mohave
The Borrego's successor is right around the corner

Kia published a sketch showing the inside of a full-size SUV named Mohave the Master that it plans to launch in its home market in the coming weeks. The family hauler will be positioned near the top of its South Korean range as its most expensive high-riding model, and unverified rumors claim it could appear in American showrooms sooner or later.

Presumably named after the Mojave Desert, the Mohave lives up to its upmarket positioning with an elegant-looking interior characterized by horizontal surfaces that emphasize its width, wood trim, plus contrast stitching on the dashboard and on the door panels. Keep in mind the sketch might show a relatively expensive trim level, and lesser variants could look considerably less posh.

The sketch suggests the Mojave shares no parts with the Telluride, the three-row SUV Kia launched on the American market in 2019. The infotainment system's touchscreen is neatly integrated into the dashboard, not propped up on it, and silver accents frame the piano black center console. The Telluride is Kia's answer to the Volkswagen Atlas; the Mohave looks like the firm's Touareg.

Stepping outside, the Mohave wears a bold design defined by an upright grille with chrome-look vertical slats, LED headlights and a model-specific emblem instead of the usual Kia logo. Its rear end receives a wide light bar with LED inserts that echo the shape of the grille. The fresh design hides an evolution of the body-on-frame architecture found under the previous Mohave, which the firm's American division launched as the short-lived Borrego in 2008.

While Kia hasn't released technical specifications, the emblem on the hatch confirms one of the engines offered will be a 3.0-liter V6. It might be the turbodiesel unit currently available in the Mohave, though it's not unreasonable to assume Kia will also offer a gasoline-powered six. Another emblem denotes the availability of four-wheel drive.

The Kia Mohave the Master will allegedly go on sale in South Korea in September, so a full reveal is imminent. 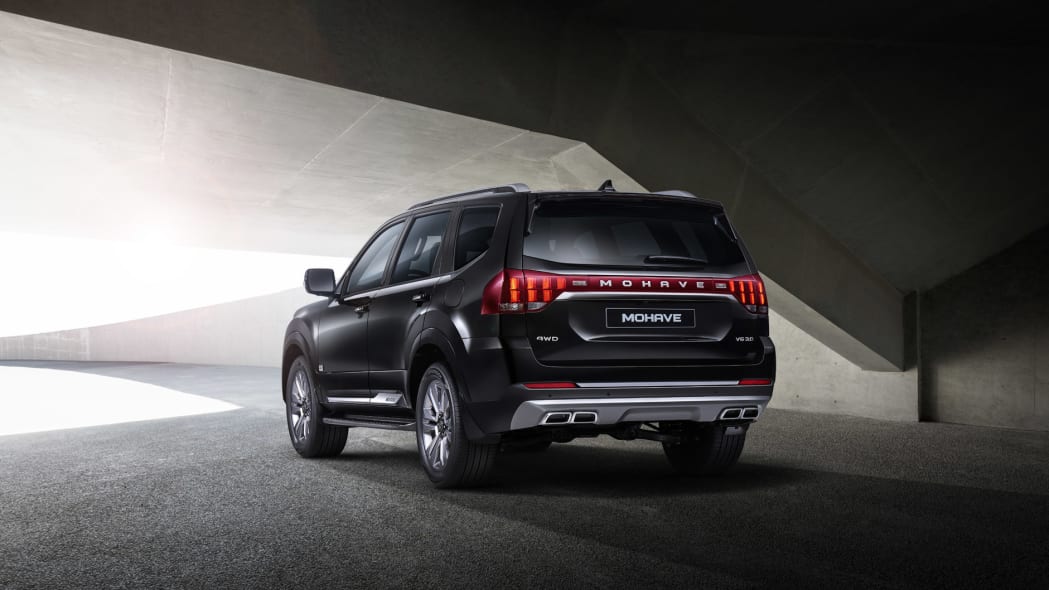 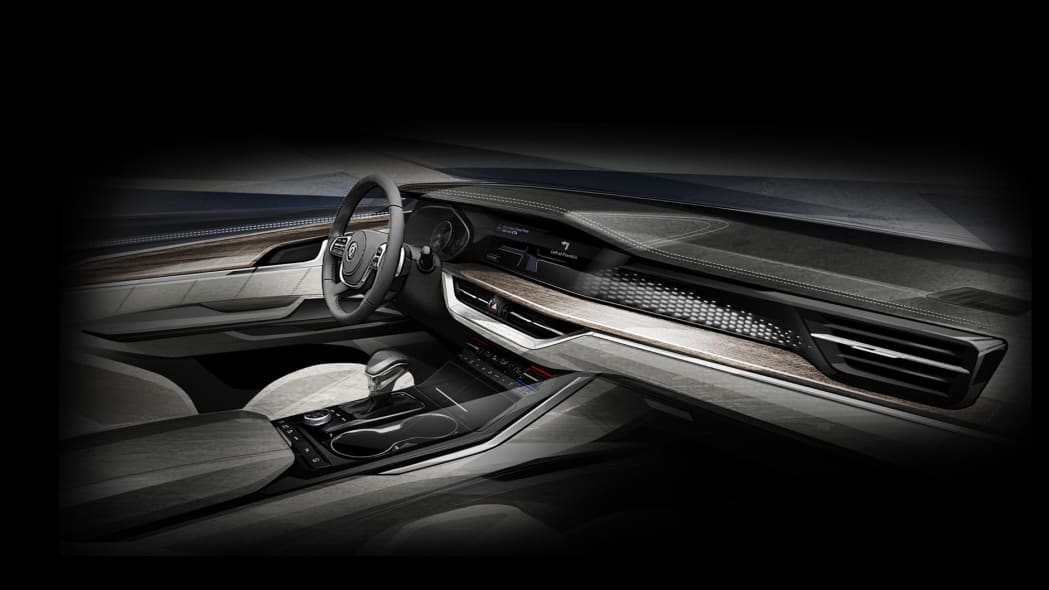