jeepJeep CJ
It's currently displayed at the 2022 SEMA show.

Mopar – the performance parts and accessories division owned by Stellantis – has a rather interesting Jeep concept for this year’s SEMA show. It doesn’t feature a monstrous V8 under the hood – it doesn’t even have a combustion engine at all – as the Jeep CJ Surge debuts to preview future zero-emissions powertrain parts and applications for EV conversions. Yes, you read that right – this is a vintage-looking electric Jeep off-roader.

Don’t let the classic design fool you – there’s a completely new propulsion system under the hood, consisting of a 400-volt scalable electric drive module with a peak output of 268 horsepower (200 kilowatts). The drive system attaches to the vehicle’s frame with new custom-designed solid motor mounts and sends power to all four wheels through a two-speed transfer case with selectable gearing.

The electric energy for the system is stored in 24 lithium-ion battery modules enclosed in a solid shell mounted at the back of the cabin. The charging port is located behind the driver’s door. The battery pack has a capacity of 50 kWh, though Mopar doesn’t reveal range and performance numbers for the concept off-roader.

That’s because the CJ Surge was designed and built with a focus on off-road capability and rides on 35-inch BF Goodrich all-terrain tires in a combination with a 2-inch lift kit. You can even expect decent rock crawling thanks to the front and rear Jeep Performance Parts Dana 44 Crate axles.

Aesthetically, the CJ Surge concept offers visual upgrades in the form of Wrangler JK Rubicon bumpers and a Warn winch, plus new LED headlights. The exterior is finished in Copper Canyon with gloss black and Surf Blue accents. Inside the cabin, there are new custom seats, cropped windshield, and a Wrangler JK center console.

While there are no plans for a production version of the concept, Mopar says it is exploring “a future propulsion-system offering for enthusiasts to build or convert classic and current cars and trucks into zero-emission vehicles.” 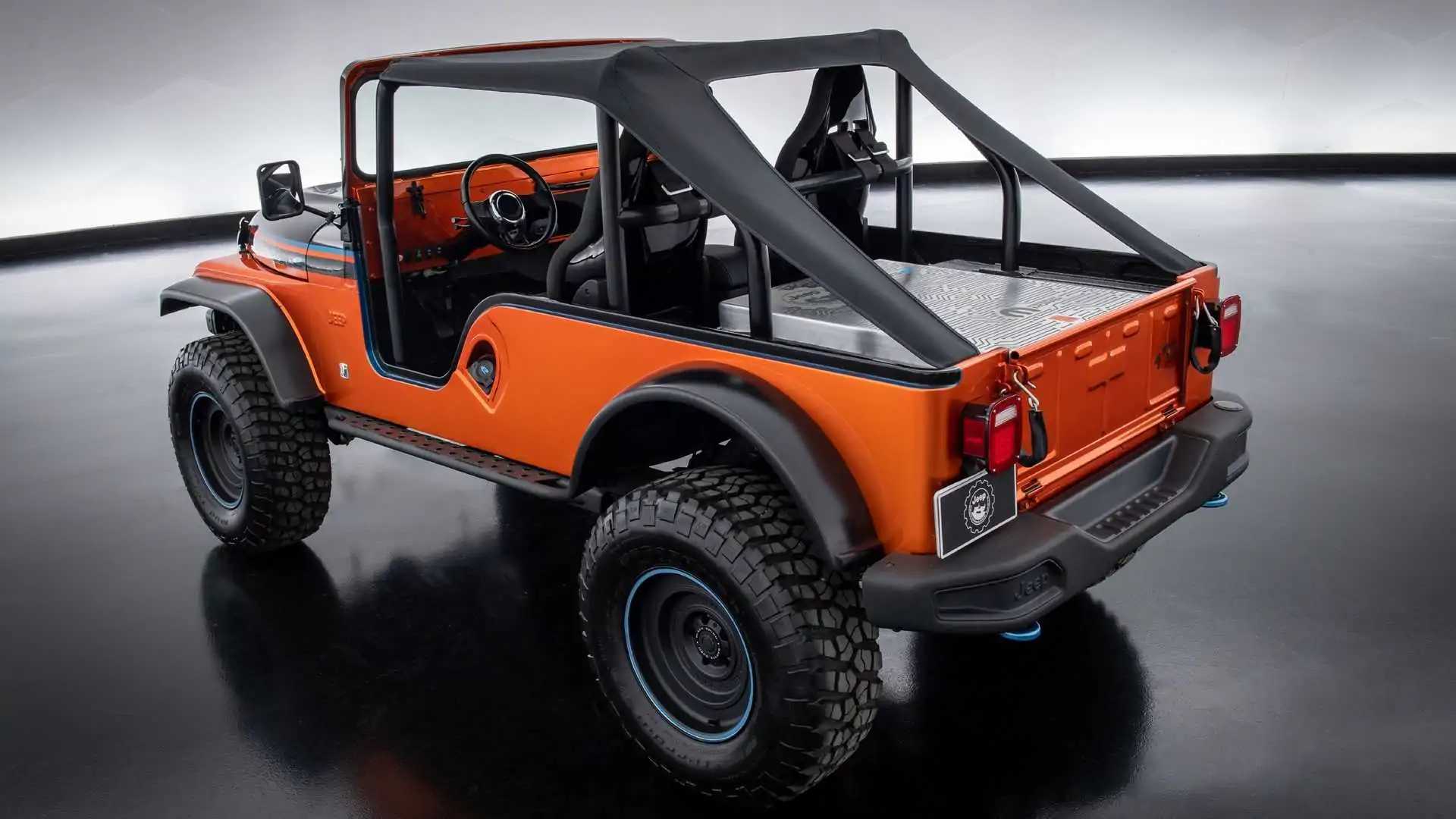