Ford is building a rugged, body-on-frame, off-roader with a bevy of parts to keep it from getting stuck. No, we're not referring to the new Bronco. This is the new Troller TX4 Automatic that's exclusive to the South American market.

The TX4 is the tougher version of the Troller that sits above the standard T4 grade. It comes standard with a snorkel air intake, side steps, steel bumpers at both ends, LED headlights, Pirelli Scorpion MTR 245/70R17 tires. The rugged model comes exclusively with a Navy Blue front end, but the rest of the body is available in Trancoso Brown, Maragogi Green, and Frosted Silver.

Power comes from a 3.2-liter five-cylinder turbodiesel that offers 200 horsepower (149 kilowatts) and 347 pound-feet (470 Newton-meters) of torque. It runs through a six-speed automatic with a two-speed transfer case and four-wheel drive.

Inside, the Troller also looks tough, and the TX4 adds some extra amenities. A button at the base of the center console operates the locking rear differential. There's also dual-zone automatic climate control. Ford knows people are going to take a vehicle like this on adventures, so it comes standard with a prepared panel for installing an off-road navigation device. There's a separate 6.75-inch infotainment screen with Android Auto and Apple CarPlay support. For extra color, Ford adds orange accents to the air vents, door panels, and seat stitching. 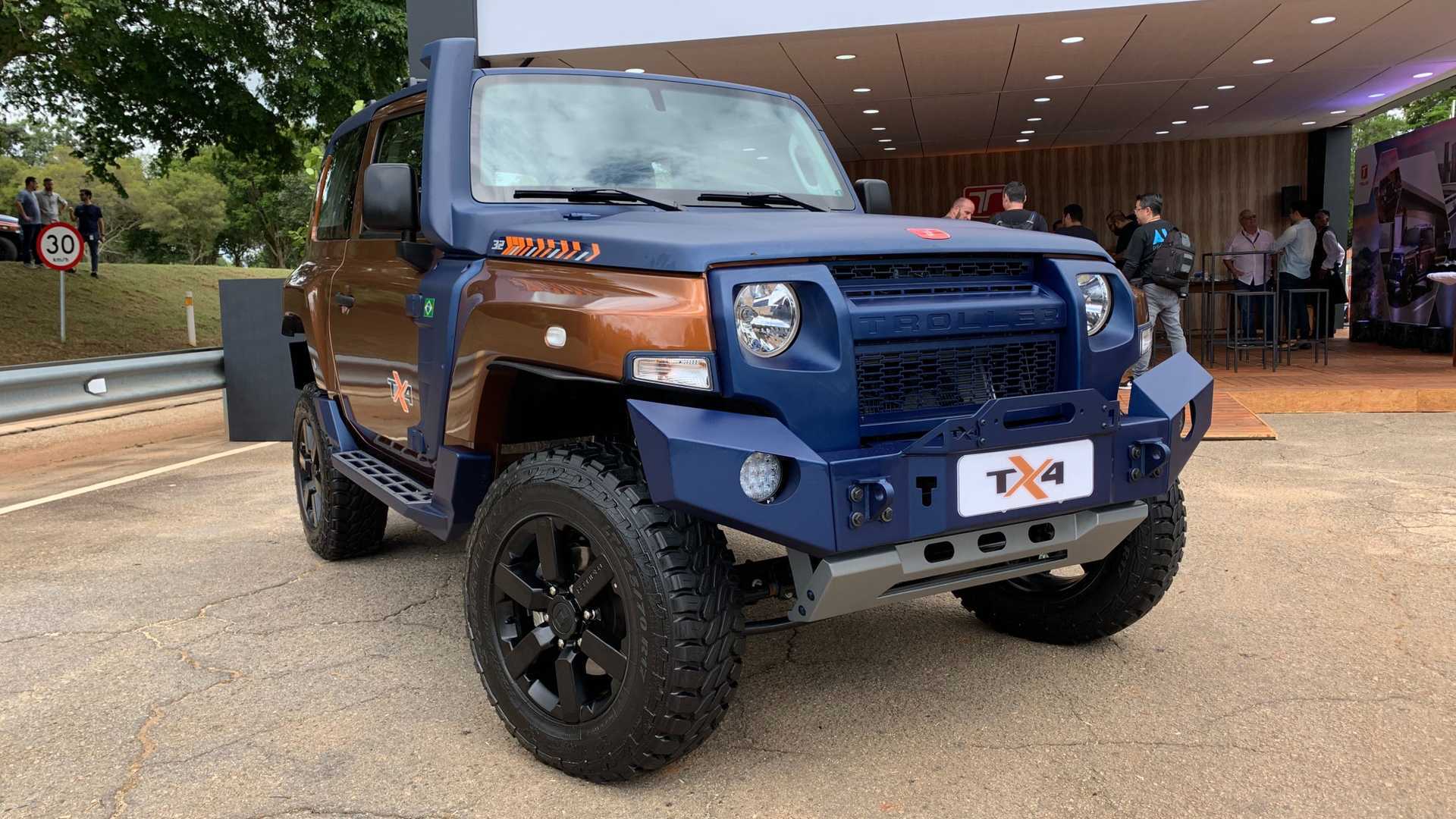