For the better part of the past century, bike design has become set in its ways, and it is very rarely that we get to see new lines, curves and styles get onto the production line.

Modern day motorcycles are split into classes and uses, and nobody seems interested in taking a step pack and envision something else.

Yet for every dull bike that rolls off production lines there are countless unsung projects, ideas of how these machines should look like and behave in the future. The Carota Design K4-07 is just such an idea.

The group of people behind Carota is responsible for ideas that range from spaceships to shoes, but they do seem to take particular interest in motorcycles, or anything with two wheels in general. We've already seen their chopper-like e-Scooter a while back.

As far as the K4-07 goes, the bike has no immediate application, as it is just a design study. One for a time when hyperbikes will be a dime a dozen, and seeing an elongated, sleek green bullet whoosh by won't be so out of the ordinary.

The K4-07 blends the inverted symmetry of the real-wheel assembly, which looks like a fishtail with the penetrating look of the front end. It has no windscreen, hinting to the fact its riders would sit very low, with their cheeks touching metal as they chase the ultimate aerodynamic effect.

The K4-07 has been designed just for the rider, and there is no room for another passenger to enjoy the thrills. The sleek shape of the bike is accompanied by an equally slim display sitting on what other bikes use for a fuel tank

We have no idea what the designers envisioned for a powertrain, but we see the hyperbike as nothing but an electric monster, packing motors and batteries in the blueish-green hull. 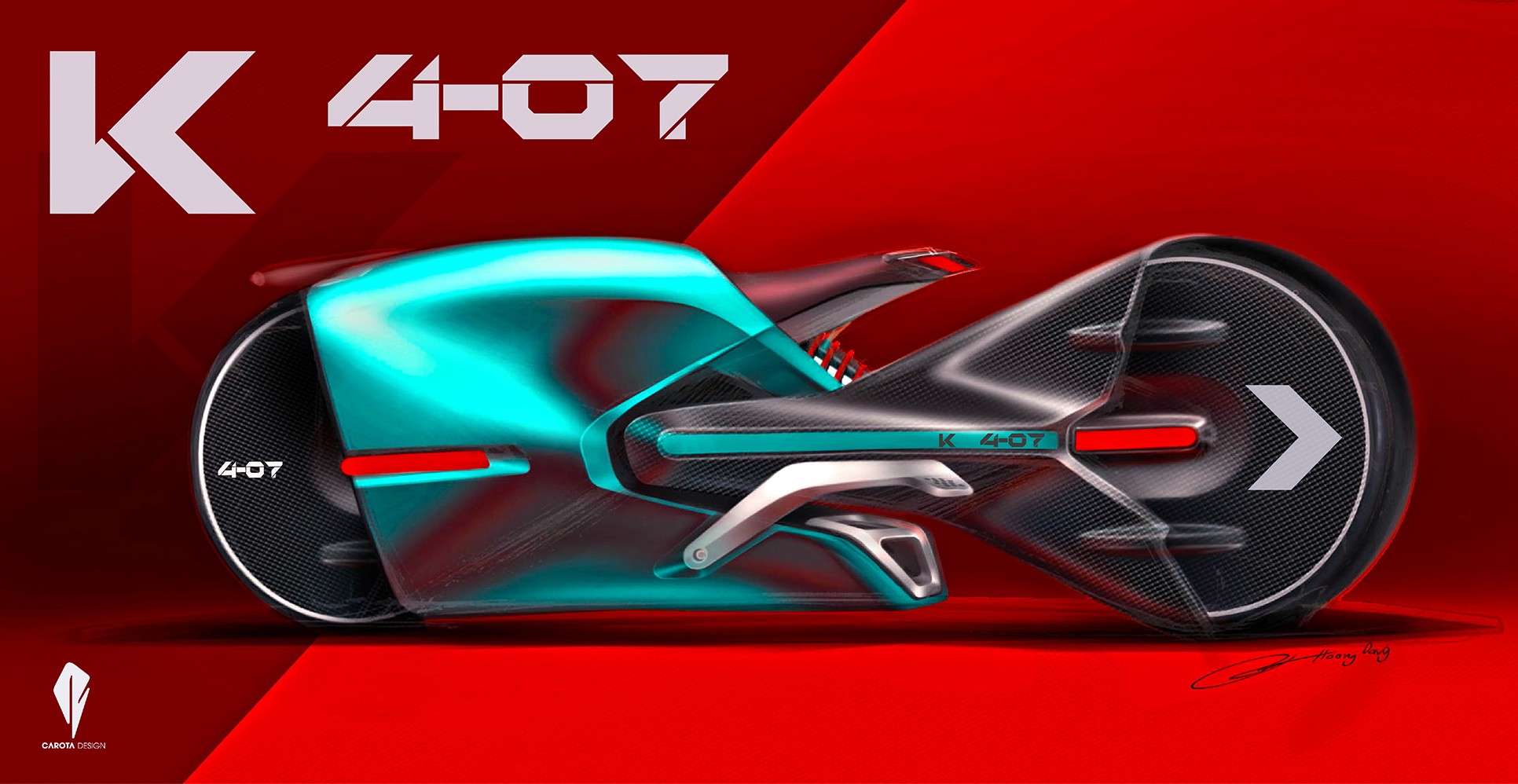 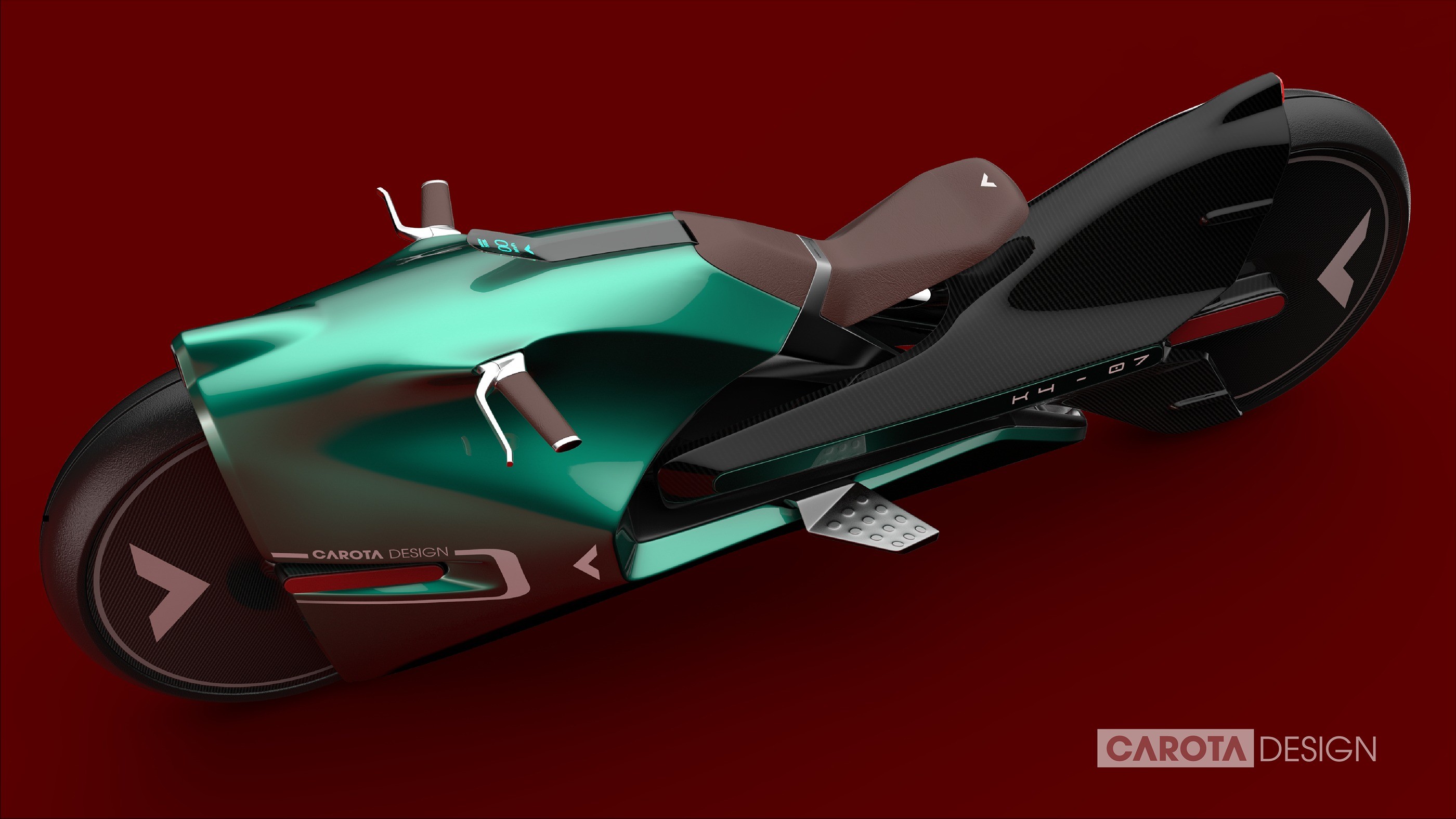 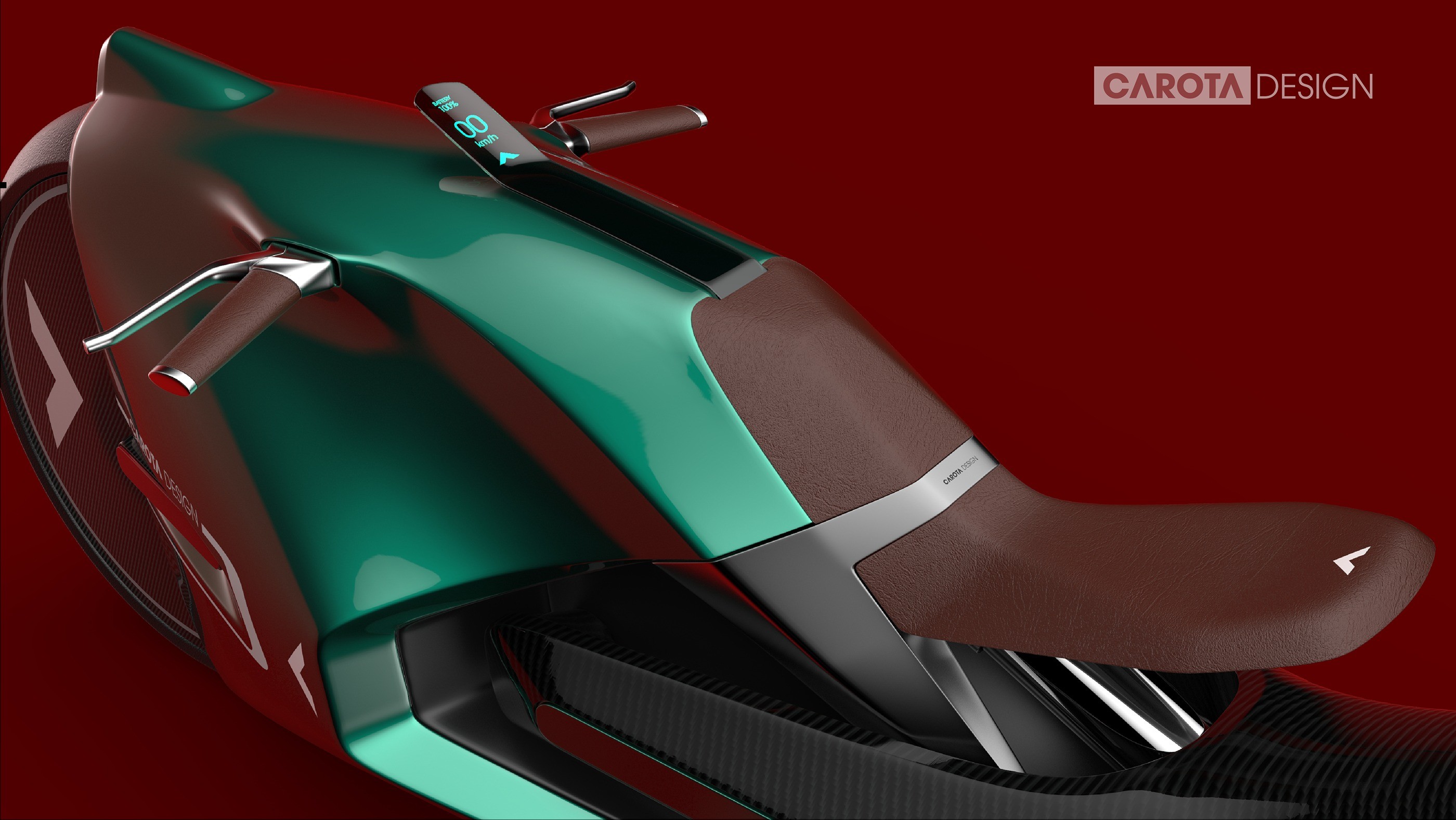