MV Augusta
It's enough to make you go ape!

When most people think of MV Agusta in 2020, the first thing we think of is sportbikes. From vintage racing glories of yesteryear to the controversial marketing campaign for the Superveloce 800, it's difficult for that category to not be top-of-mind. Still, when a company has been around for 75 years, there are bound to be some quirks hidden in the annals of its history books.

Have you ever seen an MV Agusta three-wheeler? I'm not talking about a one-off vintage build with a sidecar. I'm talking about something in the auto-rickshaw family, along the lines of the long-running Piaggio Ape. As 2020 rolls on and MV celebrates what is no doubt one of its strangest birthdays ever, the company took to Instagram to post about its three-wheeled utilitarian past.

Italy was having a tough time in the years after WWII. Italians were looking for cheap, reliable transportation to get themselves and their stuff where they needed to go. You've no doubt heard this story a million times when recounting the history of Vespa scooters, but that situation also gave rise to MV Agusta's very first three-wheeled hauler, the extremely limited-run MV Agusta 98 Motocarro.

Only 100 of these were ever produced between 1946 and 1947, beating the first Piaggio Ape to market by about two years. To be fair, the 98 Motocarro looks charming but also slightly unwieldy to modern eyes, with the engine and saddle mounted in the rear, and a flatbed for carrying items mounted up front. It was rated to haul 250 kilograms, or around 551 pounds. The entire unit itself weighed 160 kg, or just a hair under 353 pounds.

The 98 Motocarro's engine was an air-cooled, two-stroke, single-cylinder, 98cc unit that made 3.5 horsepower at 4,800 rpm. The carrying bed portion rested on a leaf spring suspension, while the rear rider portion was a rigid frame design. Drum brakes stopped you all around. By 1948, a 125cc version with a three-speed transmission hit the market, and by 1949, that 125 gained a four-speed gearbox.

By 1954, MV Agusta significantly redesigned the next model, so the rider steered from the front, while the metal flatbed sat directly behind in a much more visually familiar configuration. It's no secret that MV Agusta and Piaggio had a rivalry going; MV's very first motorcycle built in 1946 had even been called the Vespa 98, until it learned that Piaggio already had that name registered. While the two companies would end up going in very different directions as time progressed, it's extremely difficult not to see where they crossed paths back in the day.

The 150 Centauro and Trasporto Tevere (or TT, although it wasn't Isle of Man-bound, unlike many vehicles utilizing that designation) soon came along in 1958 and 1960, respectively. Centauro had a rider cab up front/flatbed in the rear configuration, and you could get doors added as an option. The Trasporto Tevere featured the strongest engine of all, a 10-horsepower, single-cylinder, four-stroke, 231cc unit that could haul 520kg, or 1,146 pounds. It had a four-speed gearbox, as well as available reverse and underdrive. If you wanted bells and whistles on your three-wheeled hauler, the TT was the MV you wanted.

Somewhere along the line, it appears that a 98 Turismo three-wheeler variant existed, because MV itself posted several gorgeous photos of it. It had a beautiful wooden bed attached to the front half of a 98 Turismo motorcycle. It's unclear when this was produced, and if it was a one-off, or a production vehicle with a limited run, or something else entirely. 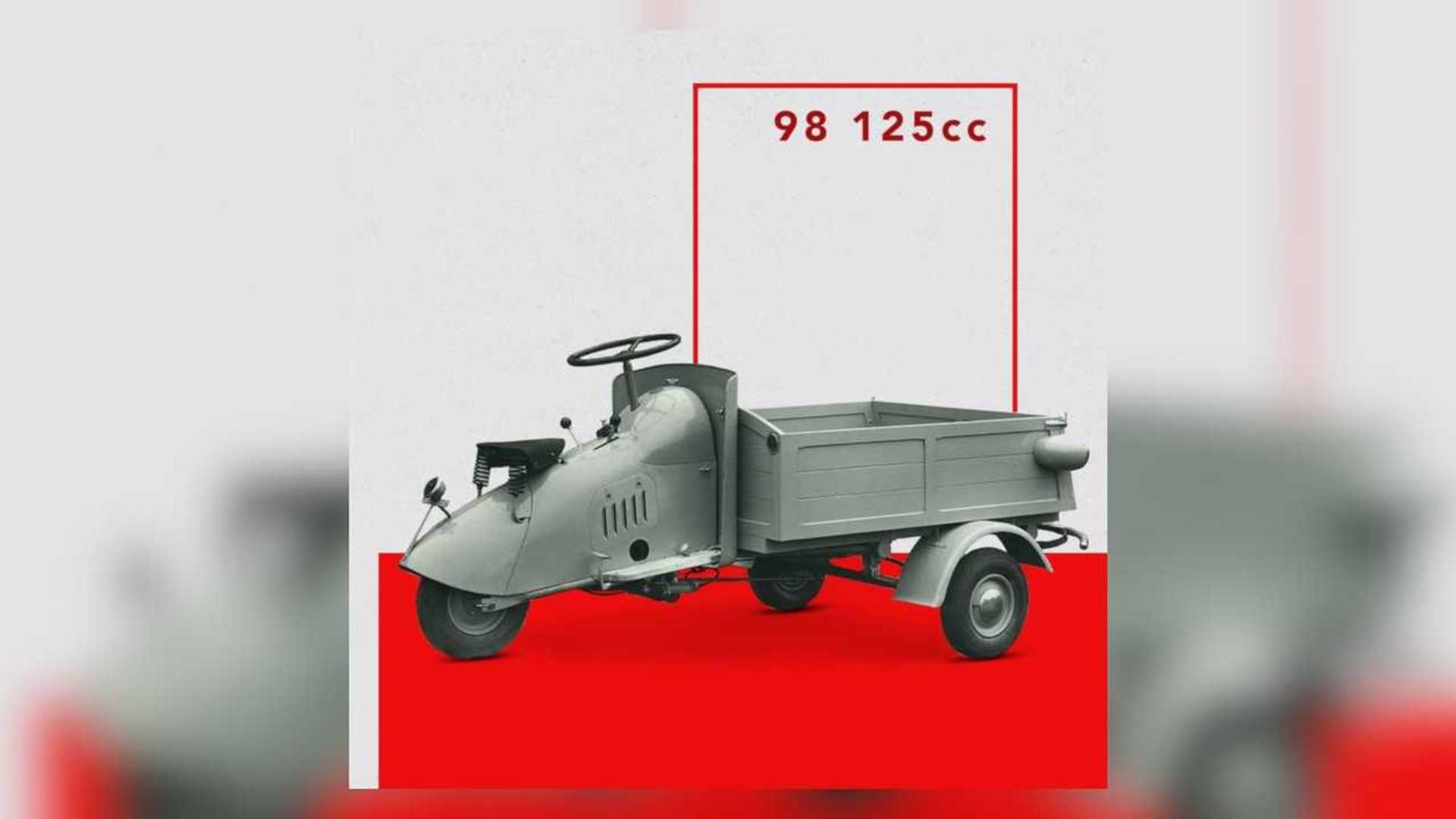 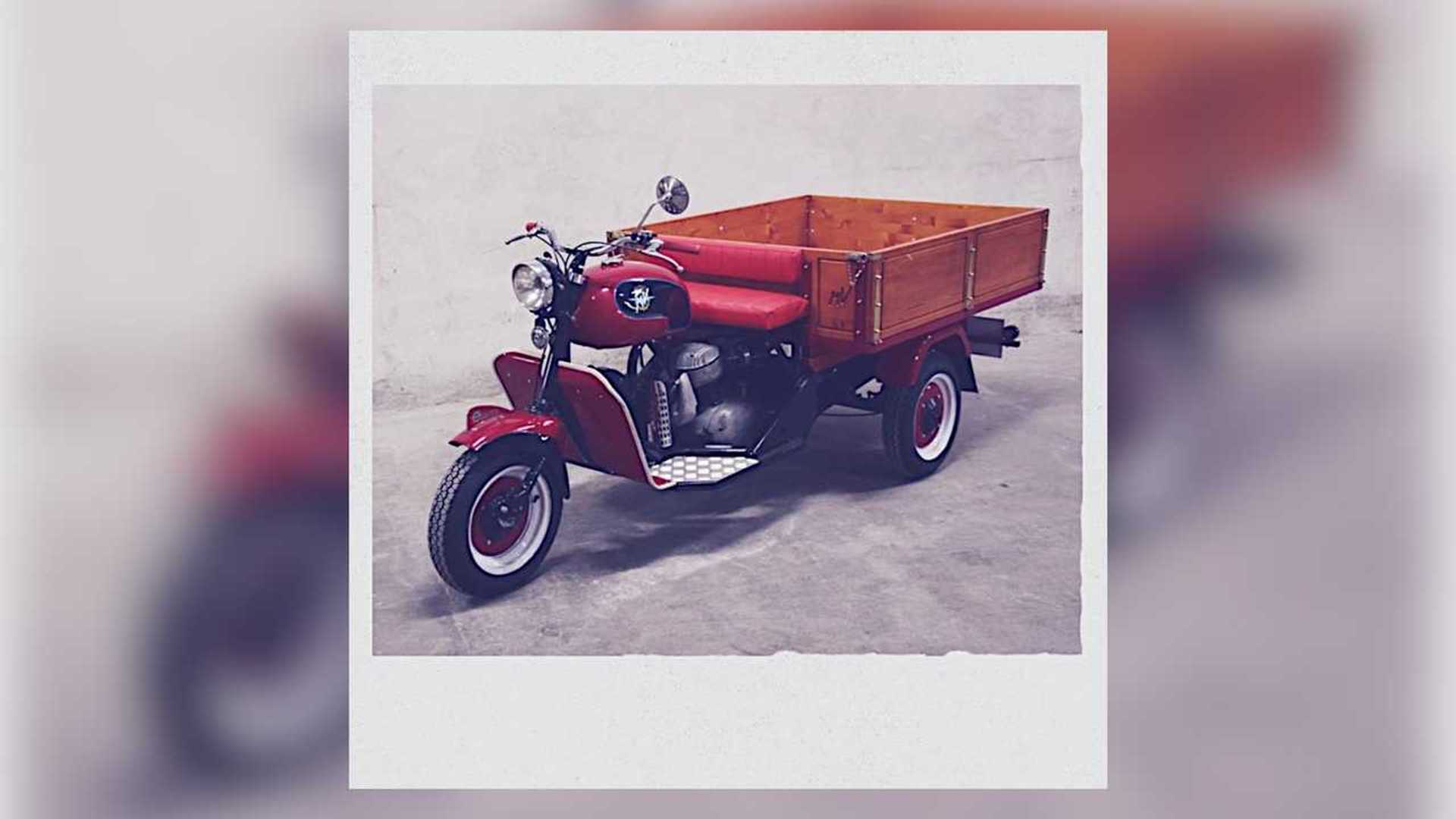 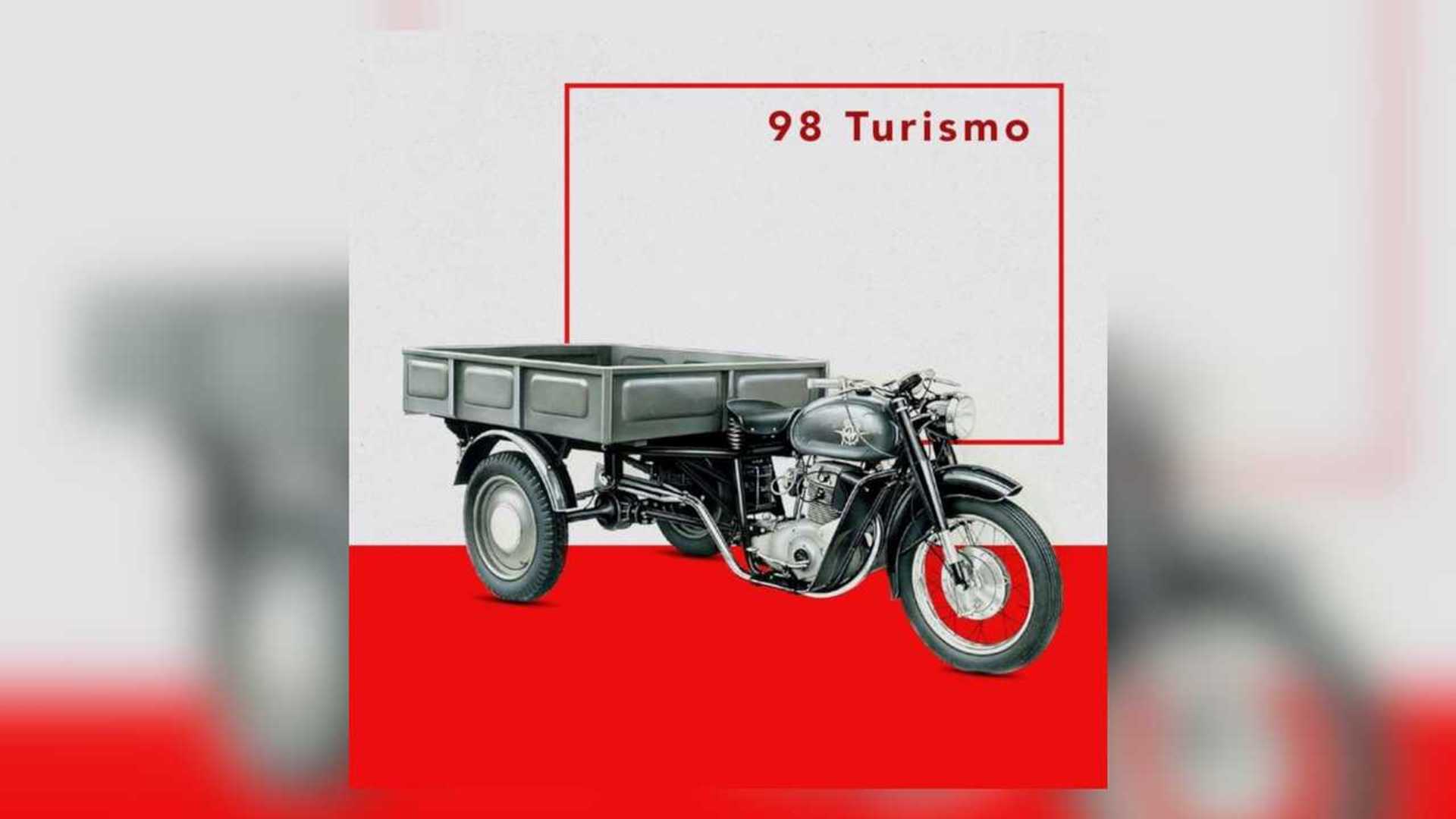 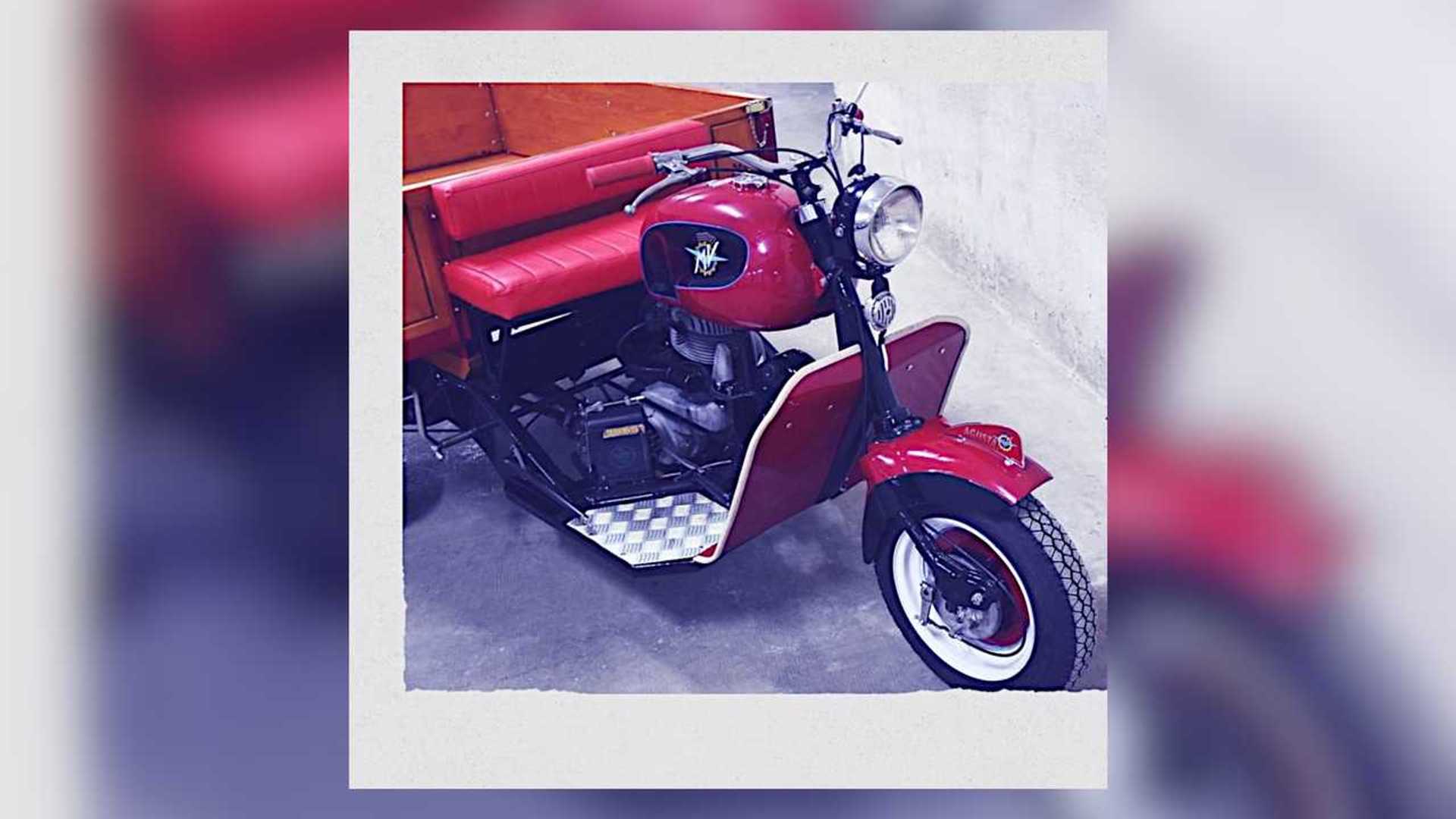 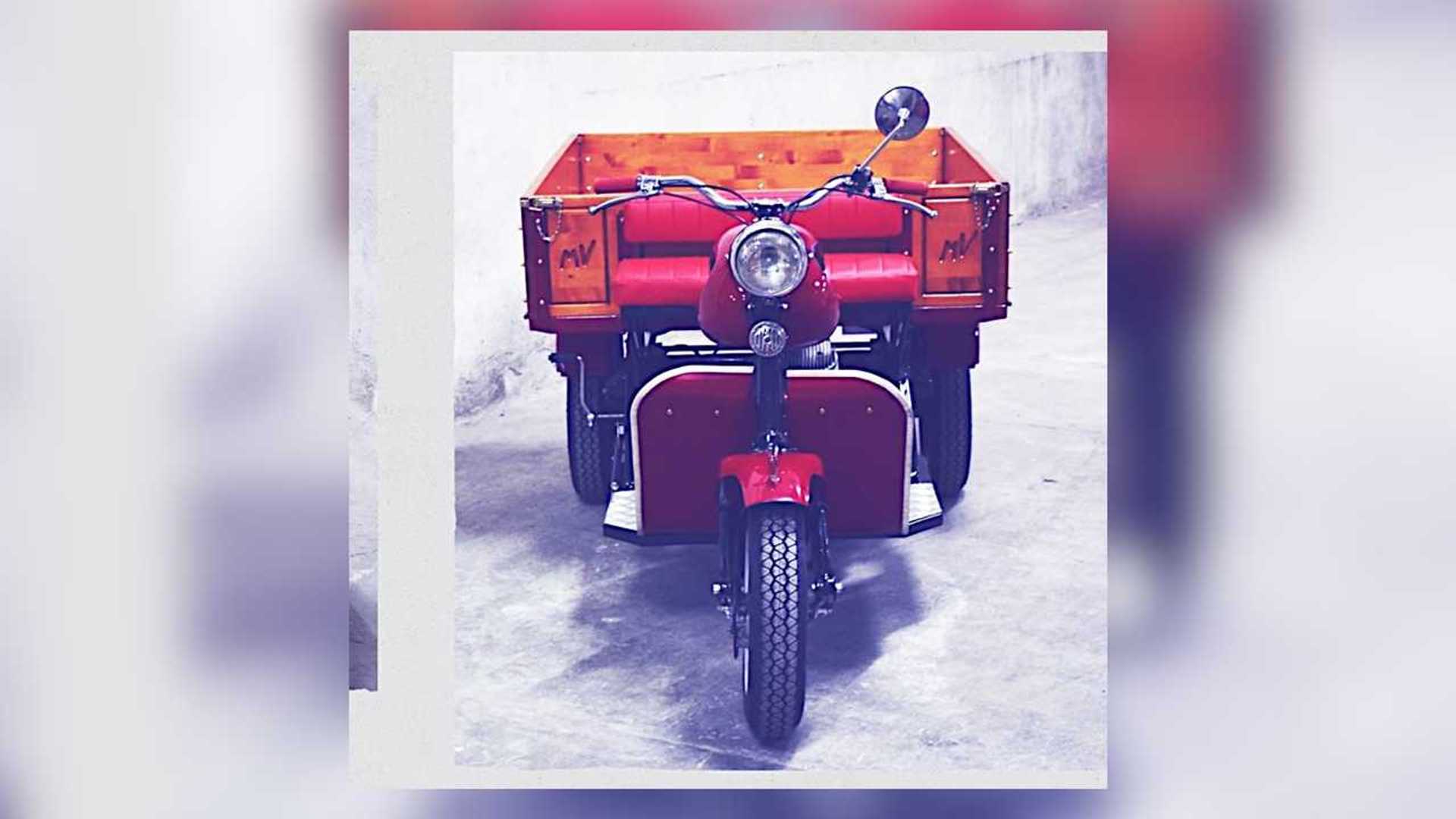 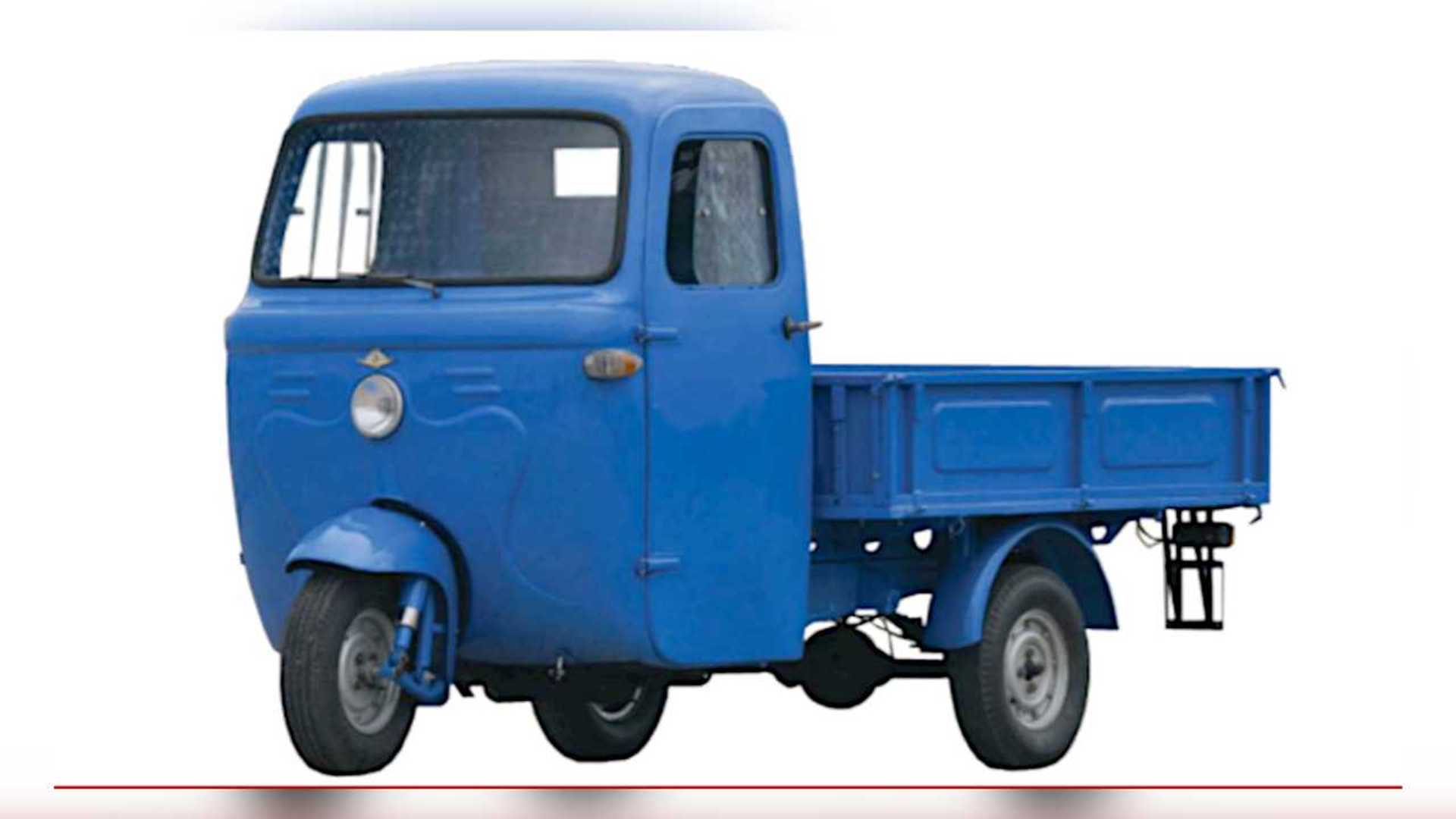