The Jaguar E-Type, previously regarded as a star of the classic car market, is falling out of favour as collectors shun it and other traditional classics for younger vehicles from the 1990s.

Across a basket of five traditional classic cars, prices are down by an average of 13%

Explaining the price falls, John Mayhead, editor of the Hagerty UK Price Guide, said: “Collectable cars such as E-Types and DBs are seeing their prices either slip or stagnate because those people who always wanted to buy one have probably done so and paid the highest prices, while those who’d like to buy one cannot yet afford to.

“Regarding the DB6 and its earlier forerunner, the DB4, their problem is that they aren’t the DB5, the model most associated with James Bond and the one people really want,” he said.

“Buyers are a lot more discerning than they were five years ago when everyone jumped in and paid top money for cars such as E-Types, for example, that had been converted from left- to right-hand-drive, only to get their fingers burned,” he said. “Now, they are prepared to wait for exactly the right car. The urge to rush out and buy something at any price has gone.

“I’d certainly rather wait to buy a £200,000 E-Type in tiptop condition than a cheaper example that requires work and so, increasingly, would a lot of people. Recently, we sold a £300,000 E-Type while those we’ve had for £100,000 have struggled to attract interest.”

With the exception of former competition cars and especially those with a circuit history, the prices of pre- and post-war classics such as formal saloons and cars that are difficult or unexciting to drive are also falling.

It’s an issue that goes to the heart of the traditional classic car market, said Mayhead: “People who had an emotional connection with these sorts of cars and who sustained interest in them are, to put it bluntly, dying out. The emerging generation of buyers doesn’t value them as highly.”

Andy Dearden, a classic car dealer and co-founder of Birchfield Classics, agrees. He said: “Unless a car is special in some way – be it rare, eradefining or capable of inspiring a sense of nostalgia – it will struggle to sell. That said, I believe there’s a younger breed of buyer emerging who has seen what value for money these cars represent and thinks they’ll have a go for the fun of it.

“For example, I sold an Austin Seven in outstanding condition to a couple for £11,500 recently. They’d just bought a period house in the country and wanted an old car to park outside on nice days and to drive on weekends.”

Wrightson accepts the older generation of buyers is retiring or fading away but, like Dearden, is optimistic about the future. He said: “People start their journey with the cars they know, such as Ford Cosworths and Subaru Imprezas, but then they meet other people with older 911s, for example, and so they begin to explore other areas of the classic car market. At the moment, there’s a lull while the market waits for the current generation to wake up to older cars, but they will.”

Dearden reckons it’s already happening: “Go to London’s King’s Road at a weekend and I promise you’ll see loads of British sports cars of the 1950s and ’60s: MGBs, TR5s and 6s and a sprinkling of Mini Cooper Ss.”

What’s happening to modern classics prices and why?

Some traditional classic cars may be getting cheaper but modern classics continue to become more expensive. Leading the charge is the Renault 5 GT Turbo, whose average price has risen 93% in the past two years.

“It’s all down to generation X – those people who were born between 1965 and 1980, many of whom are at the peak of their earning power,” said John Mayhead. “They want the cars they dreamed about when they were younger. Many modern classics drive like today’s cars, too, and unlike traditional classics require little maintenance.”

Even so, Andy Dearden advises caution when buying one: “There are many more modern classics out there than people realise, which can depress prices for all but the very best examples, so buyers should be careful not to pay over the odds.” 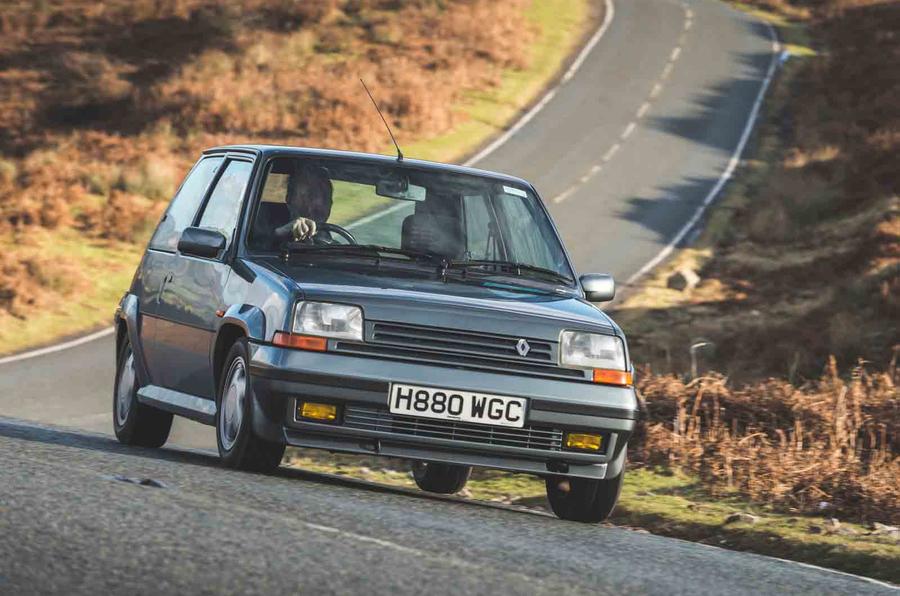 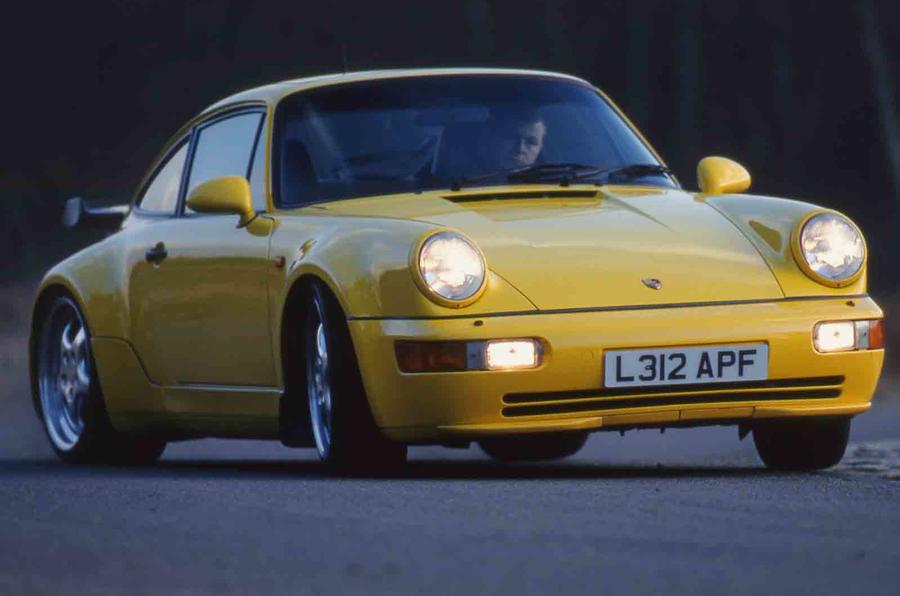 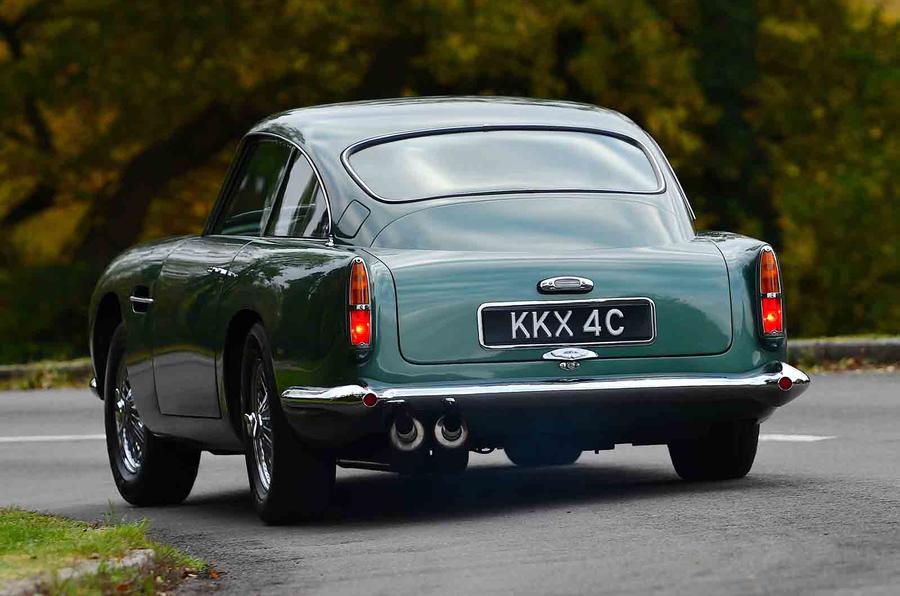 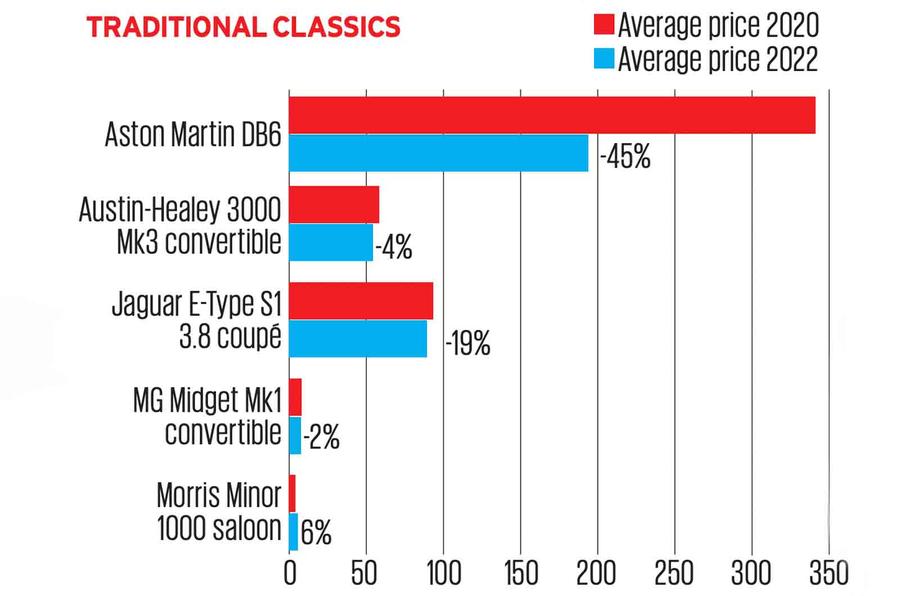 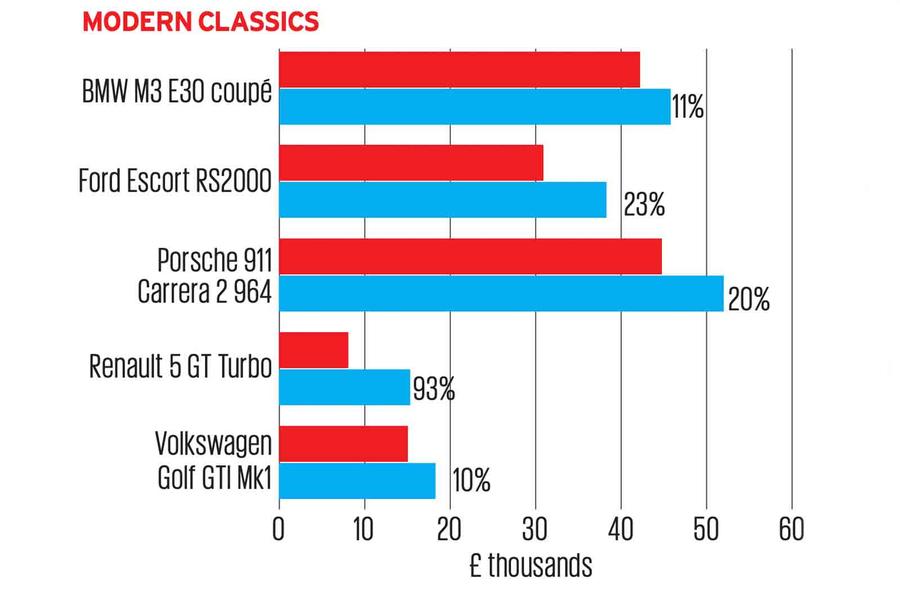