PorschePorsche 911Porsche 911 Targa
Coupe or cabriolet? Why not both?

Torn between ordering a Porsche 911 coupe or convertible? Have no fear, because the famed automaker from Zuffenhausen is introducing the latest version of its long-running combo vehicle. The 2021 Porsche 911 Targa 4 and Targa 4S feature all the things we know and love about other members of the 992 family (aside the option of rear-wheel drive) with a throw-back style combination roof.

What possible reason would you go for a 911 Targa over a Cabriolet? For a start, it remains the neatest, weirdest member of the family. But the real reason is that it allows open-roof motoring without ruining the 911's classic silhouette. And we're not kidding when we say "classic" – Porsche has offered some version of the Targa since 1965, only a few years after the 911 debuted.

From below the beltline, this is your typical 911. But the Targa forgoes a traditional rear and three-quarter windows in favor of a big, wraparound design. Where the B-pillars would live on a 911 Coupe, the Targa features its trademark silver bar – the Targa bar, as Porsche calls it. A retractable fabric covering connects the Targa bar to the windscreen frame. That covering retracts in 19 seconds and, presumably, will open and close at speeds well beyond the 30-mile-per-hour rating of the 911 Cabriolet.

Below the beltline, the Targa is mechanically similar to other members of the 911 family. Both trims feature the same twin-turbocharged 3.0-liter flat-six engine, and matches the power figures of its Coupe and Cabriolet counterparts. That means 379 horsepower and 331 pound-feet of torque for the base Targa and 443 hp and 390 lb-ft for the 4S. As with the other 992 models, an eight-speed dual-clutch transmission comes standard, although a seven-speed manual will be available.

Porsche hasn't revealed how much weight the Targa roof adds (or saves) over the 911 Cabriolet – the 991 Targa 4 tipped the scales at 3,506 pounds to the 991 Cabriolet 4's 3,417 pounds with an identical 89-pound gap between the 4S variants. Supporting our suspicion that there's a negligible impact on performance, the Targa models match their Cabriolet counterparts. Equipped with the Sport Chrono package and automatic transmission, the 4 model scoots to 60 in 4.0 seconds, while the 4S does the deed in 3.4 seconds. The top speed for the 379-hp model is 179 mph, while the S carries on to 188. 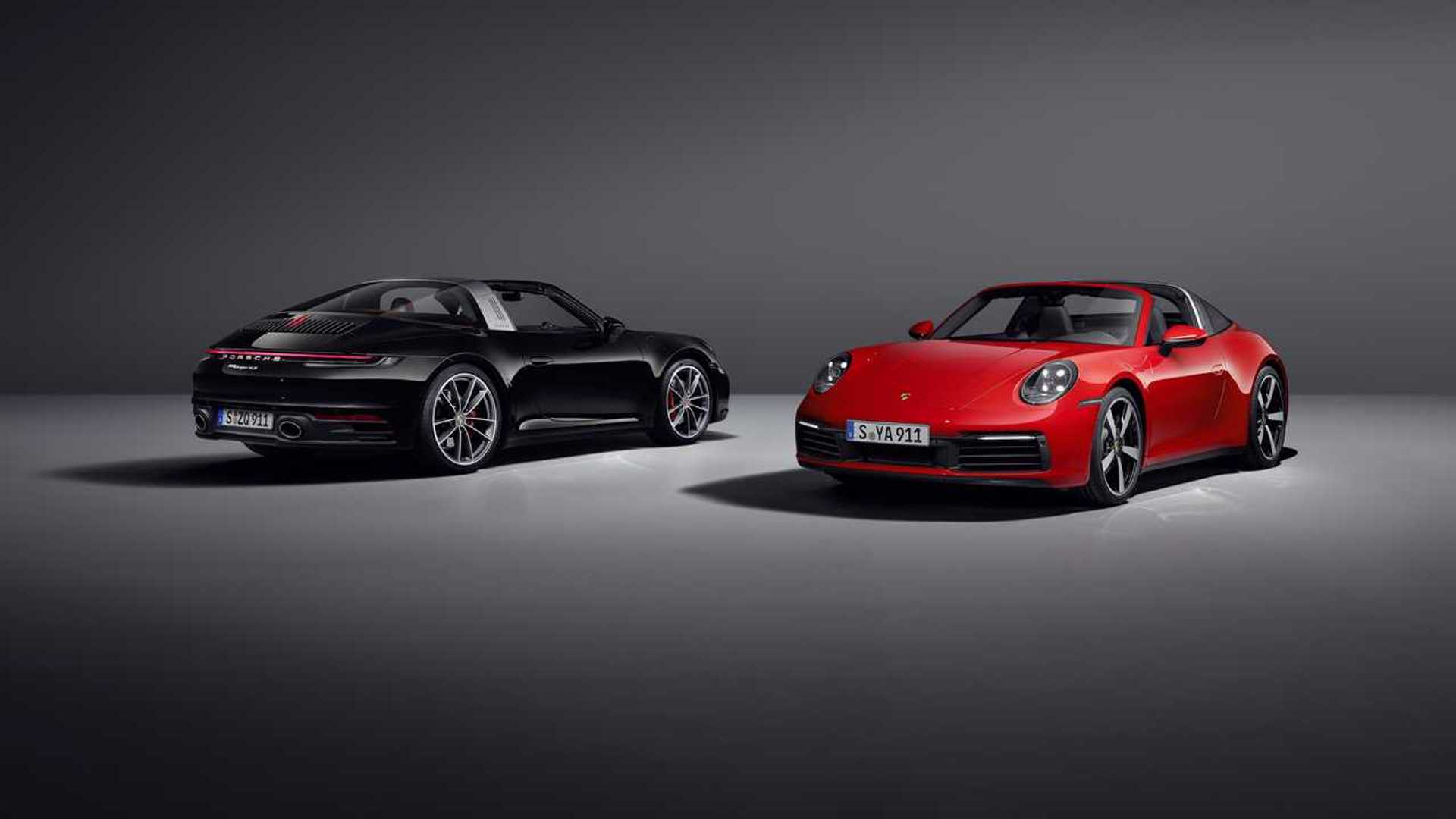 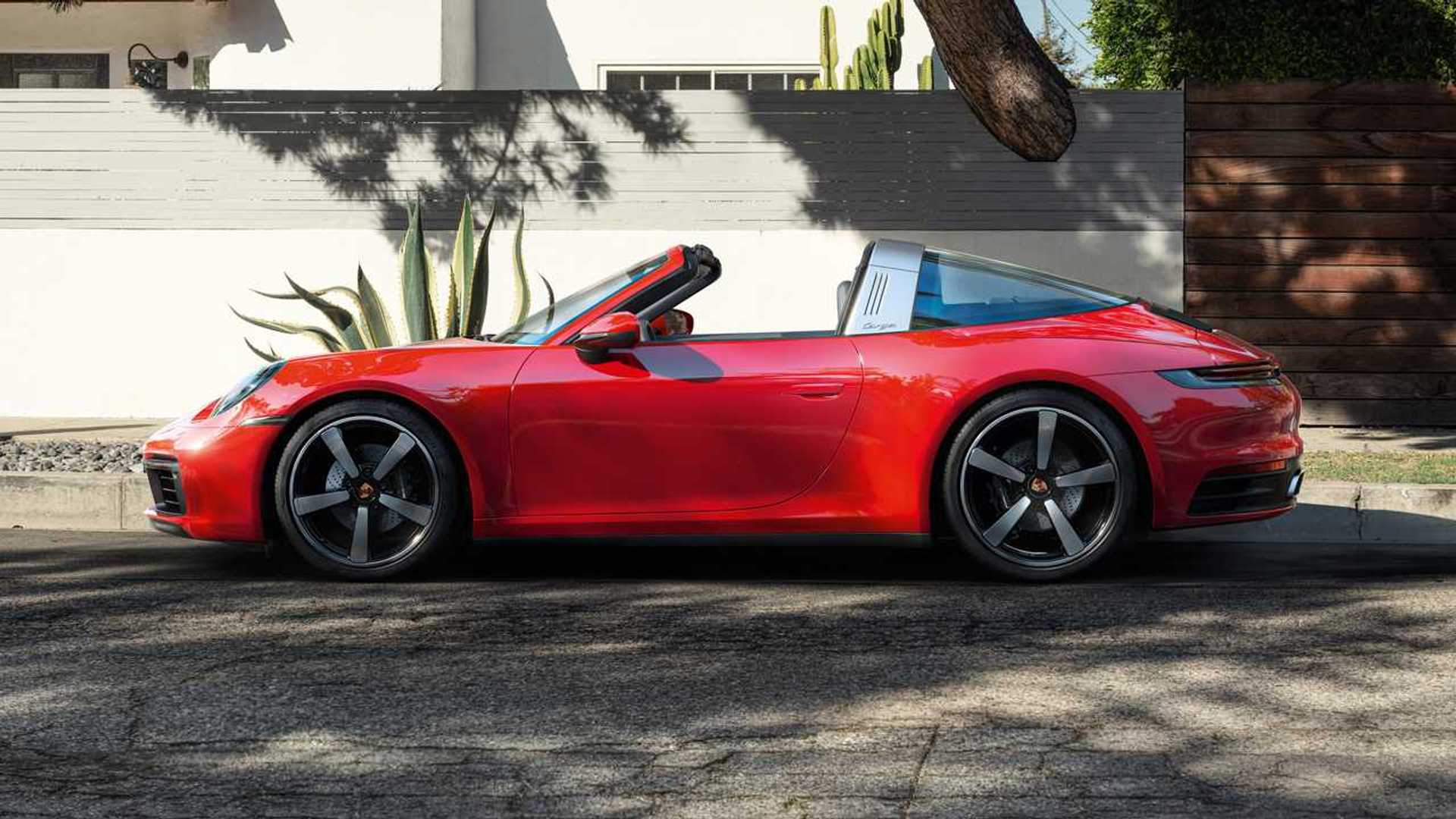 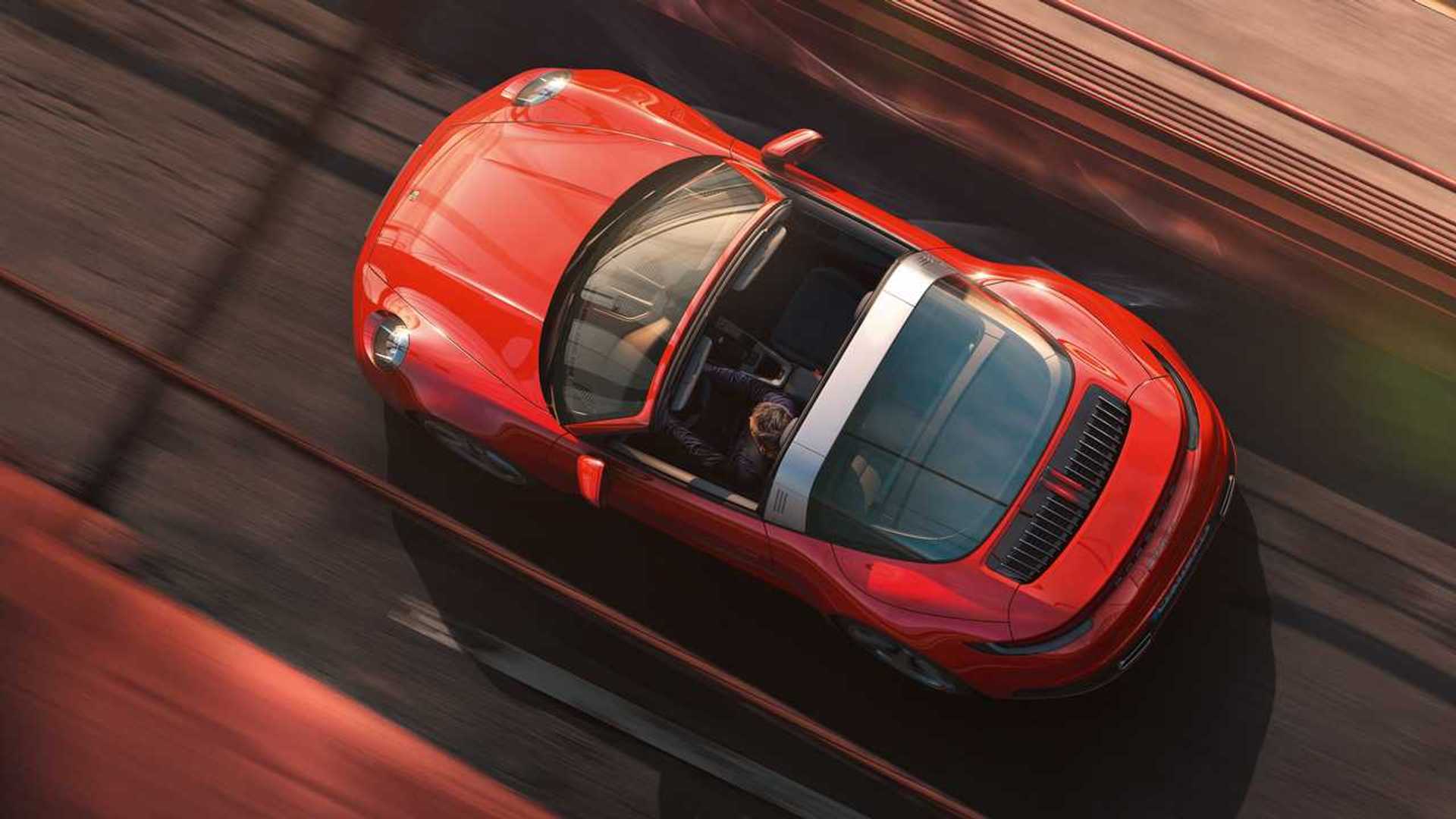 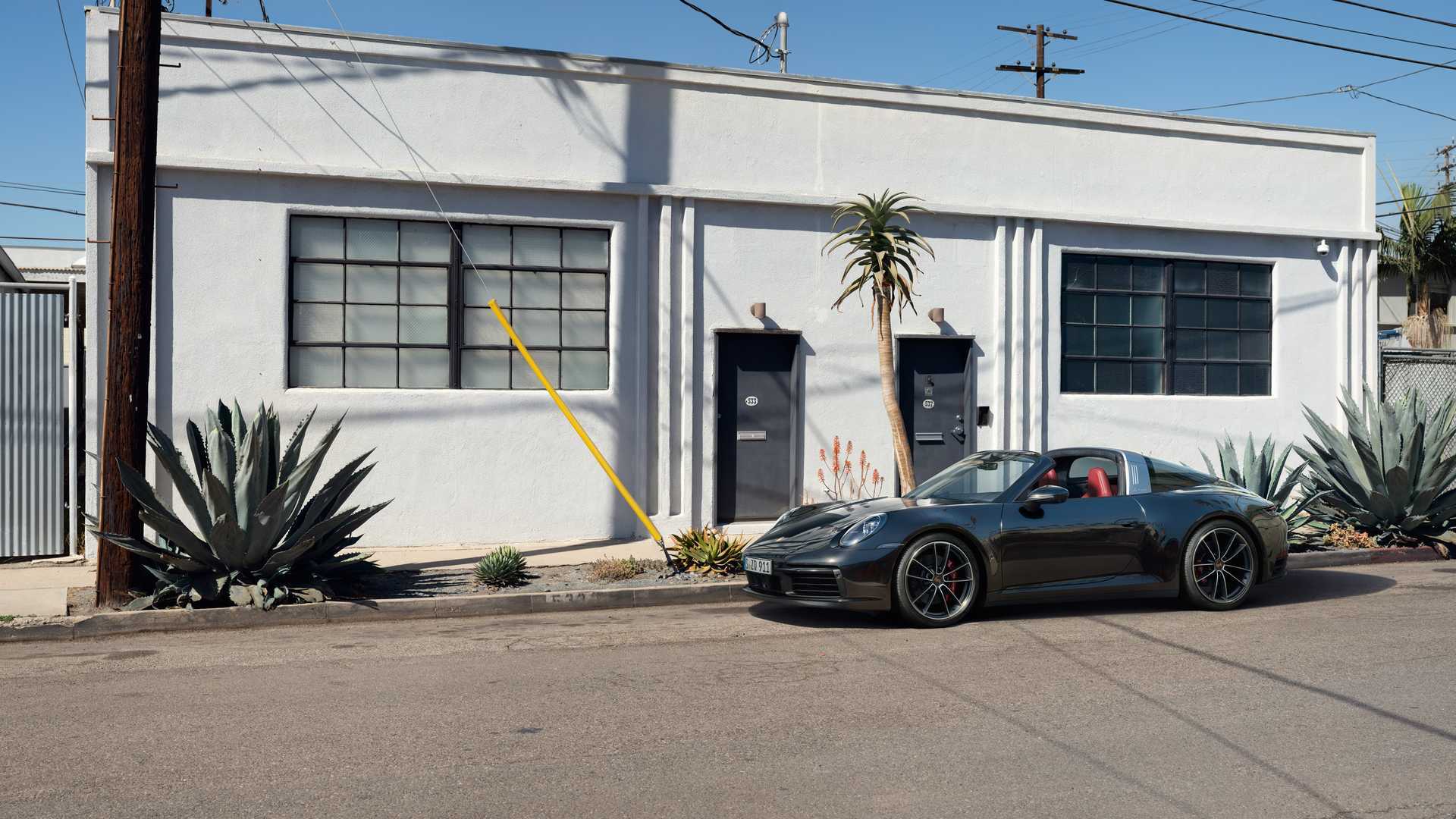 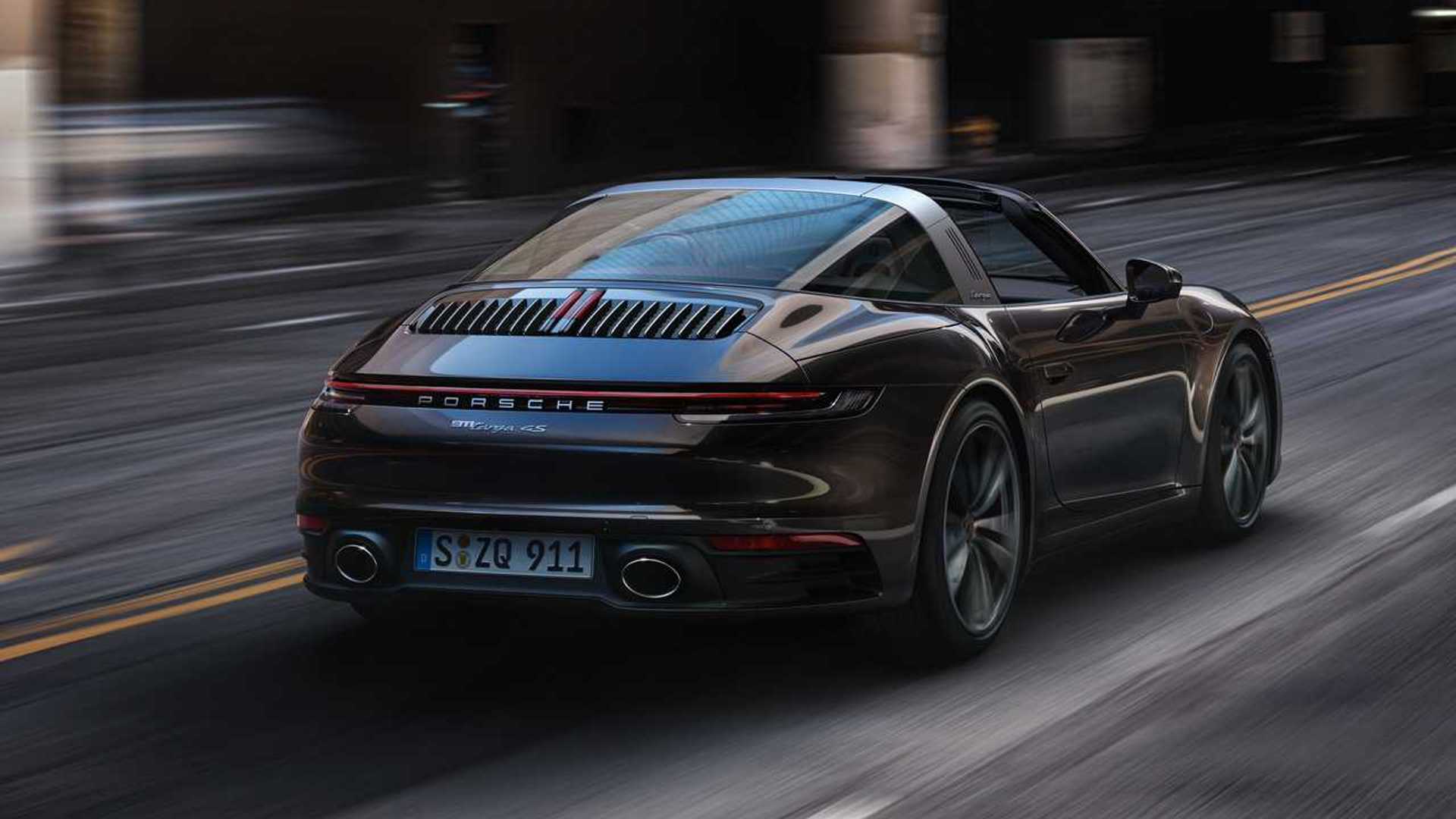