There's currently a cloud of uncertainty surrounding much of the Fiat lineup, and especially the 124 Spider after the brand's CEO, Olivier Francois, was recently quoted as saying that Fiat's sporty cars "have no legitimacy" and the brand needs to focus elsewhere in the future. It recently pulled the convertible from the U.K., and through the first six months of the year here in the U.S., it had sold a mere 1,528 models, down 19%. (Fun fact: for the first half of 2019, the entire brand sold just 5,103 models, down 38% from the prior year.)

But forget all that for now, because Fiat is in denial celebration mode, marking the brand's 120th anniversary and the 70th anniversary of its Abarth performance sub-brand. To commemorate the occasion, Fiat is offering a "Scorpion Sting" appearance package on the 2020 model-year 124 Spider Abarth.

Most prominent is the rosso scorpion hood decal that harkens to the Abarth badge and founder Karl Abarth's astrological sign. There are also nifty stripes in the same color that run along the length of the roadster's lower body. It's available now for $395, and that pretty much wraps it up.

Fiat re-introduced the 124 Spider at the L.A. Auto Show in 2015 as a car based on the Mazda MX-5 Miata's platform, but with its own Italian design and the 1.4-liter turbo-four engine from the 500 Abarth, offering 164 horsepower and 184 pound-feet of torque. Fiat added new options for the roadster for 2019, including a dual-mode "Record Monza Exhaust" for added growl, plus various appearance packages. 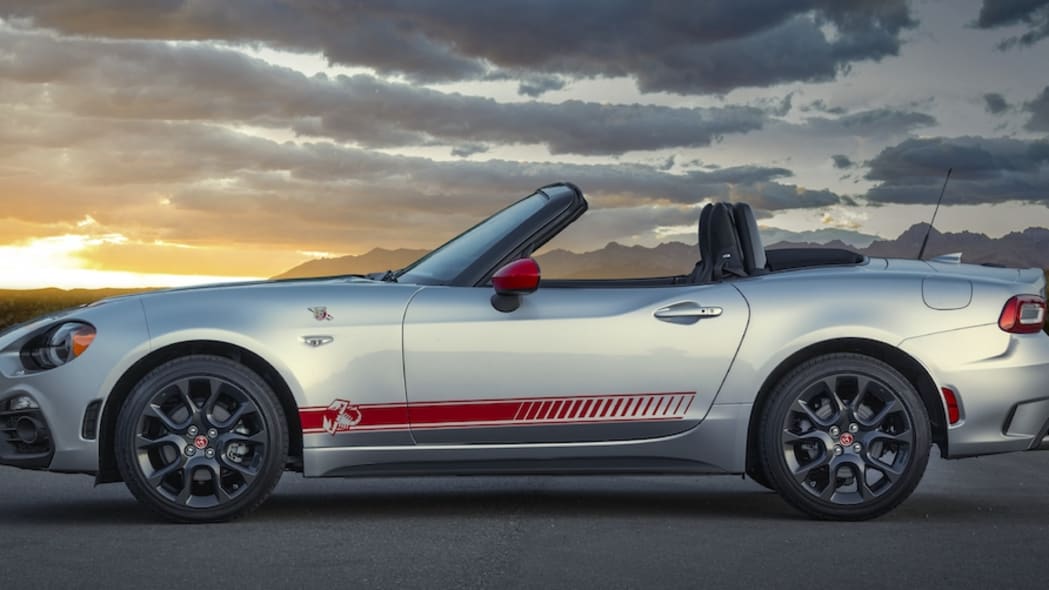 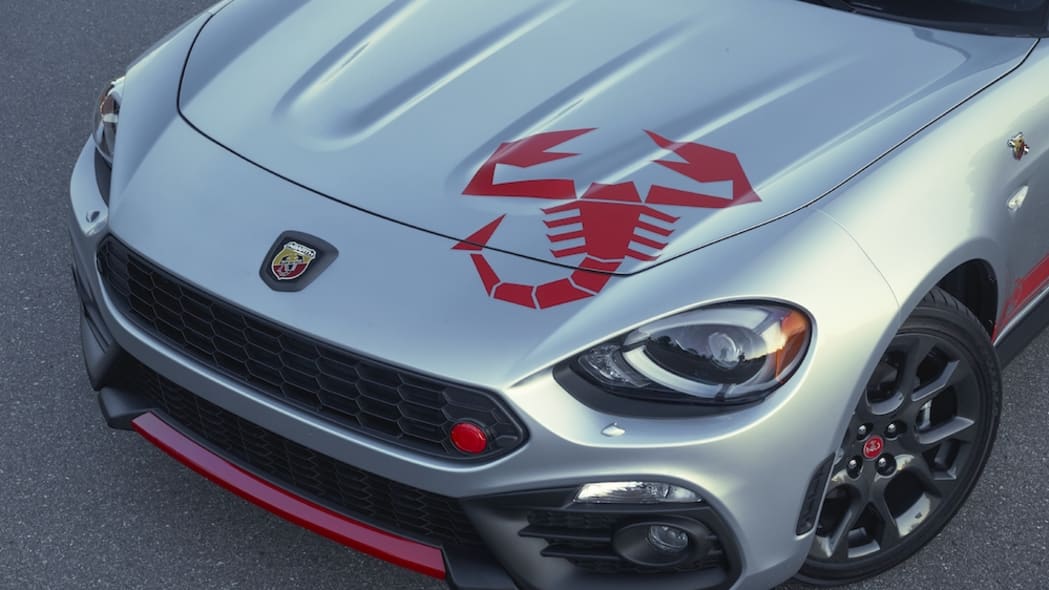